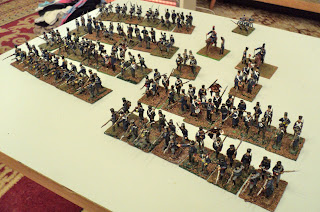 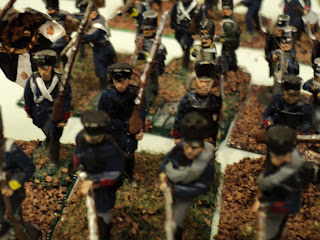 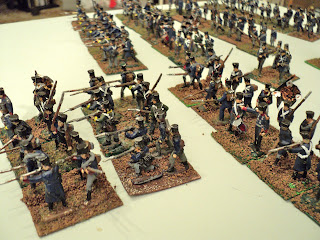 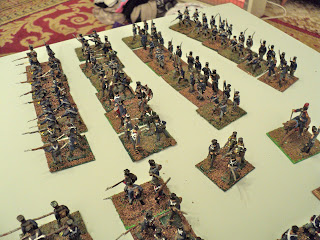 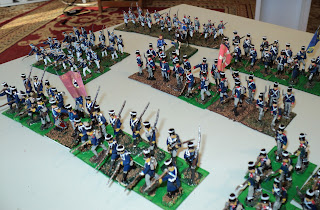 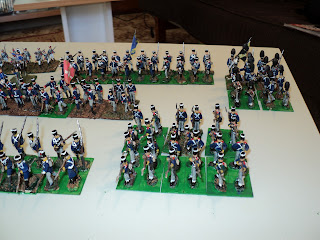 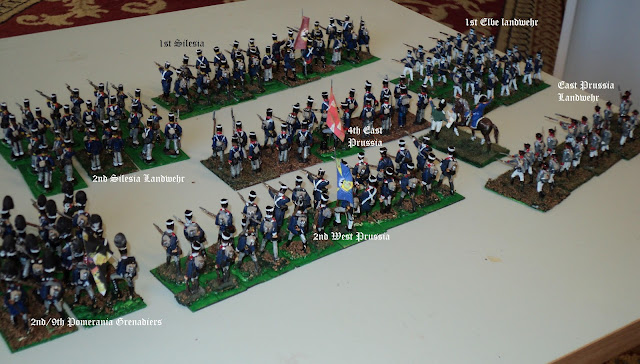 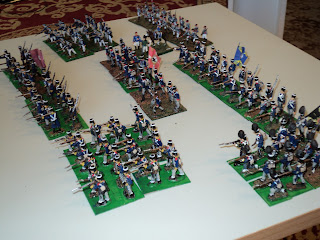 In building up my armies, I like every unit to have an identity, even if it's just a number.   I've never really cottoned to 'generic' units that can be 'anything' although that doesn't stop me enlisting this or that unit to 'stand in' for a completely different one when the situation demands (such as in historical refights).  The flags are chosen accordingly, although in this army, the Landwehr units lack these colourful additions.  Instead, I have identified them by uniform colour, and the differencing conventions adopted in the post 1806 Prussian army.
Posted by Archduke Piccolo at 8:02 PM