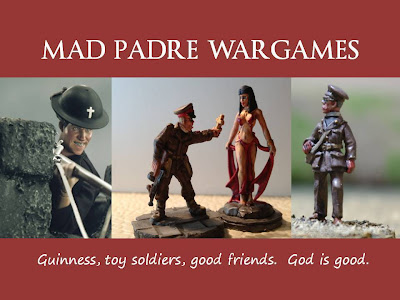 I think what first attracted me to the blogspot Mad Padre Wargames (link below) was the maniac grin of the obviously militant ecclesiatic looking dude pictured in the banner.  This was the grin of one righteously smiting for the right, secure in the knowledge of violating none of the Ten Commandments - not the Sixth, nor yet the Fifth, Seventh, or any other.  This is the smile of one who finds joy in doing the Lord's Work.  Oh, yeah - he's shooting at zombies, I believe.  Hence no worries so far as the Sixth Commandment is concerned.

How could I, not overfond of resisting temptation, possibly resist?  I have ever since been a frequent visitor to this site, and recommend it highly for entertainment and it variety of topics in the war gaming line.

If there is one topic I would like to see more of, it is the adventures of 'S' Commando.  It was one such that led to my 'penning' the following verse.  The pictures are from 'Mad Mike's' blog spot, and the character names are also his.  The versification, , inspired by them, is mine.

A Cryptic Encounter in the Crypt

Sam 'Snuffy' Snape stood only to gape
As Vampirella the Vamp appeared. 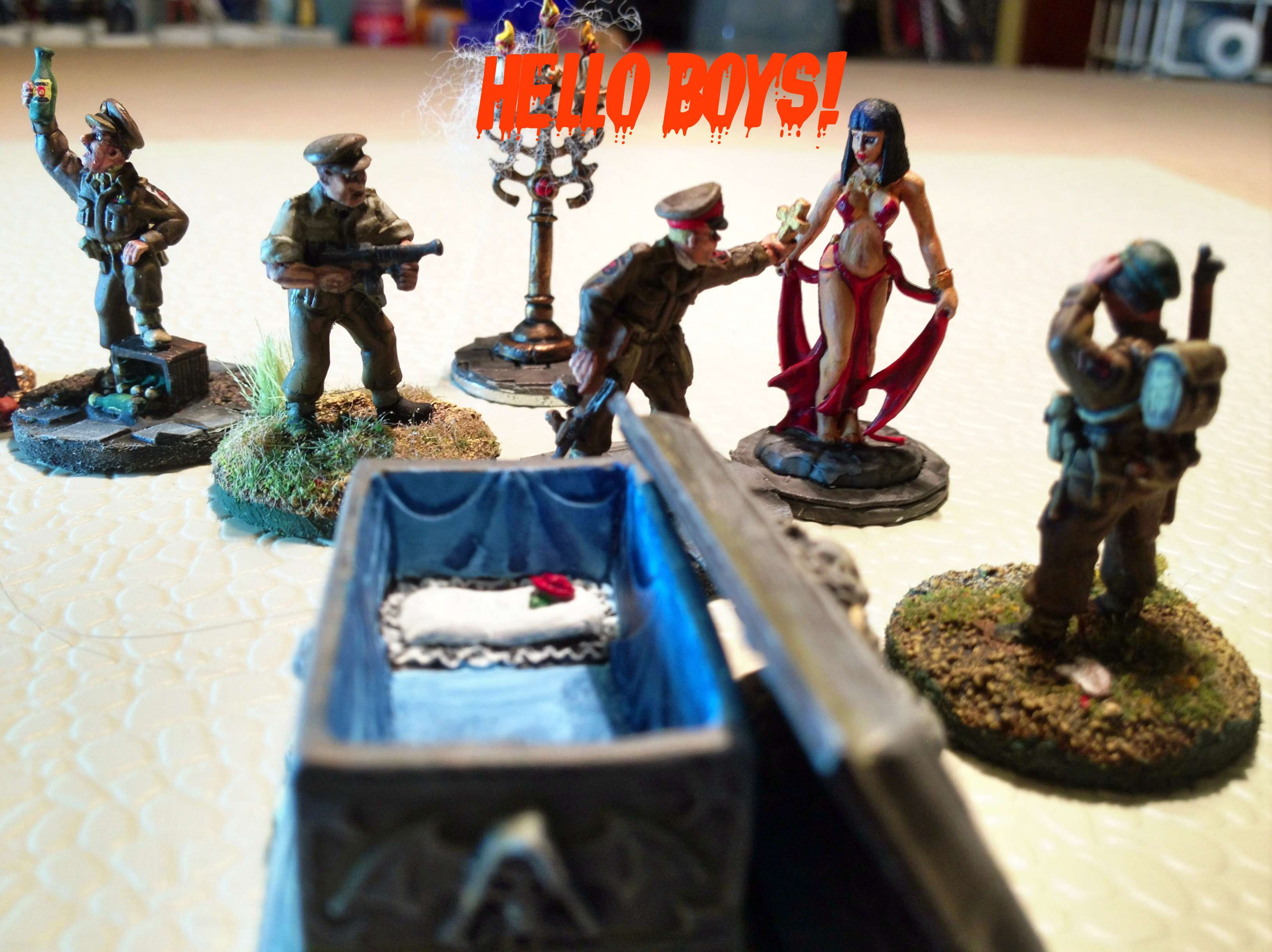 
Stood forth with his Cross revealed;


He felt few alarms at the lady's charms

Protected by such a shield.

'Back, fiend!' he cried, as in earnest he tried


To make her disappear.
'Seriously?' she said, the lady in red: 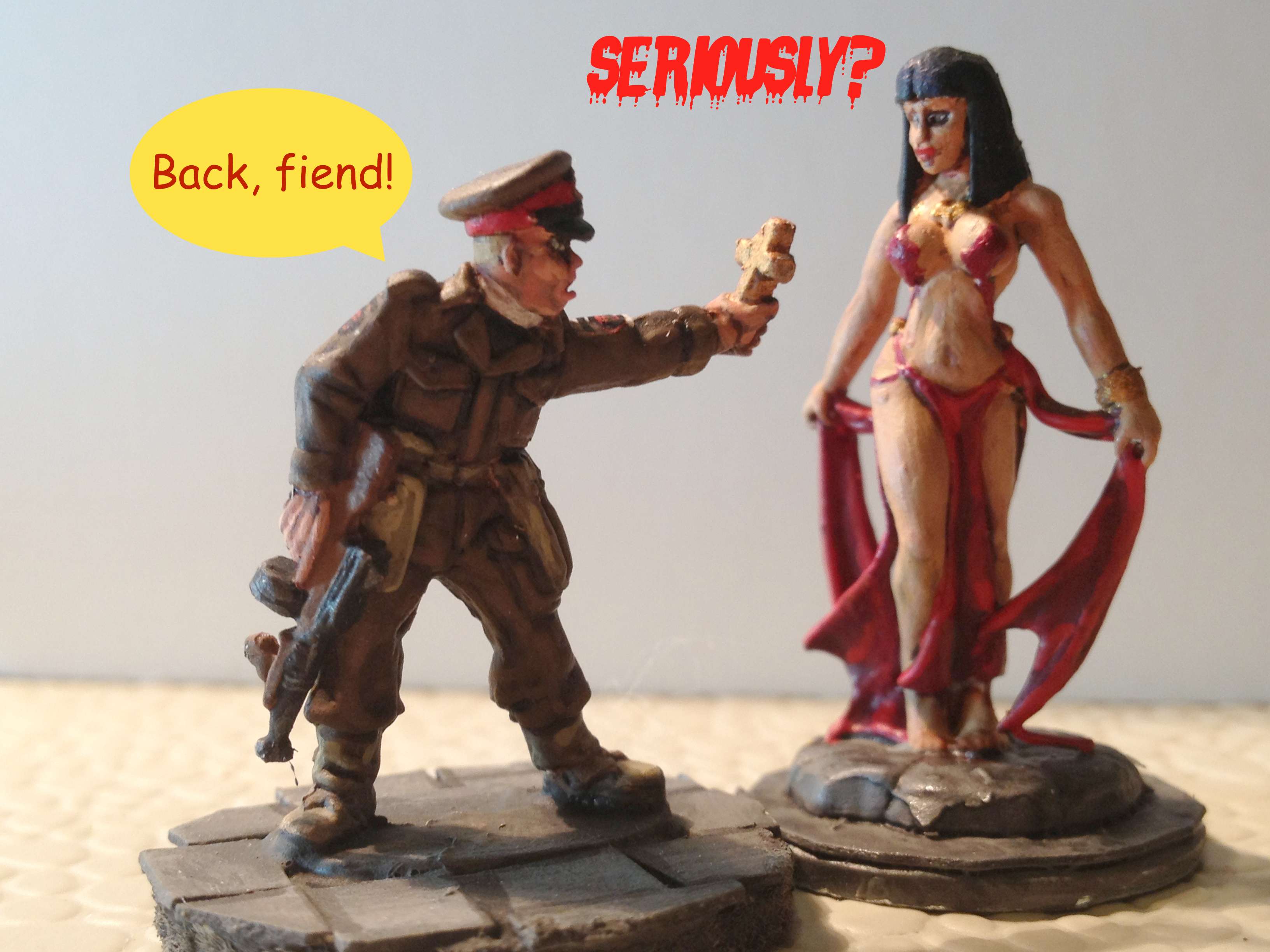 
It appeared to him in this dungeon grim

In this unholy place, could such a face


Disguise the Father of Lies?


Could ruby lips and fulsome hips


Belong to the Lord of the Flies?

'I fear that your booty will distract from our dooty,'


'We do not have leisure to gather up treasure,


Nor from our purpose to step aside.'


'We will depart now and leave you in peace.


'It's not that we fear you or want not to be near you:

Posted by Archduke Piccolo at 4:31 PM