An Eyrie of Eagles...

Last weekend, after a hiatus of some months, Geoff and I once again got together at short notice for an Age of Eagles game with his 15mm Napoleonics.  Overnight and during the early morning I knocked together the following scenario, based upon the First Battle of Polotsk , 17 August, 1812.
During the advance of La Grande Armee into Russia, Marshal Oudinot's IInd and General Gouvion St-Cyr's (Bavarian) Corps were detailed north of the main direction of command partly as a flank guard, and partly (presumably, bearing in mind the vast distances involved) as a link between the main army and Marshal Macdonald's command marching upon Riga.  After several weeks of indecisive manoeuvring, Marshal Oudinot was reinforced by General Gouvion St-Cyr's Corps. 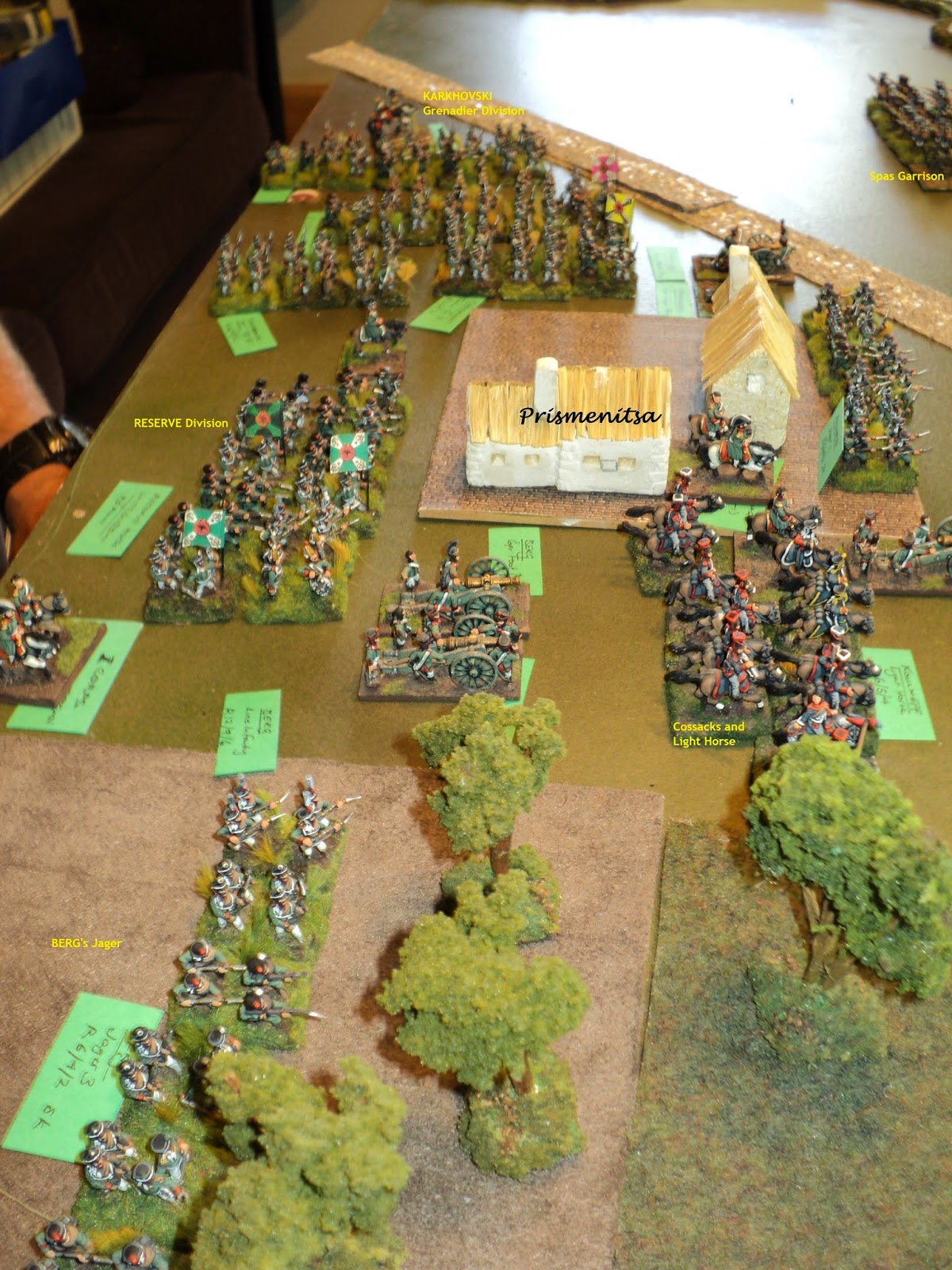 Seeing the French and Bavarians rather carelessly encamped about Polotsk town, Prince Wittgenstein determined upon a sudden strike at the exposed Bavarian Division of General Wrede about Spas convent.  In the following table-top action, The Russian objective is to take Spas and hold the place: the French to hold the place or recapture it, and, if possible, Drive the Russians from the field. 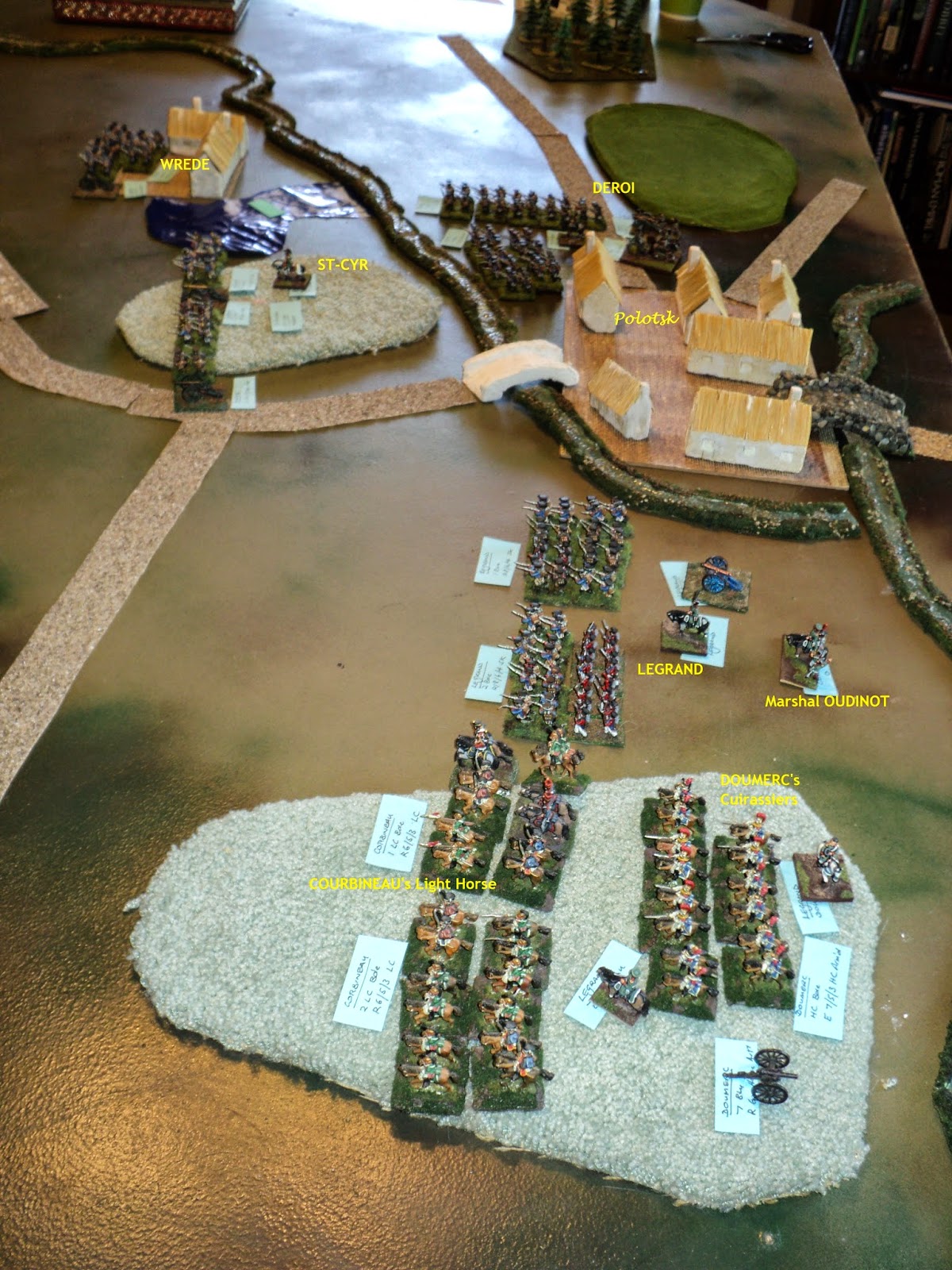 The scenario was rather hastily knocked together in about an hour or so, including the labels you see in the pictures, so the reseach was not as thorough as it might otherwise have been.  All the same, the forces were as follows:

Note 1: All infantry are columnar.
2. Whole force deploys in the area marked by a line parallel to the northern table edge in line with the front edge of Prismenitsa Village until it reaches the road northeast, and behind the road thereafter. 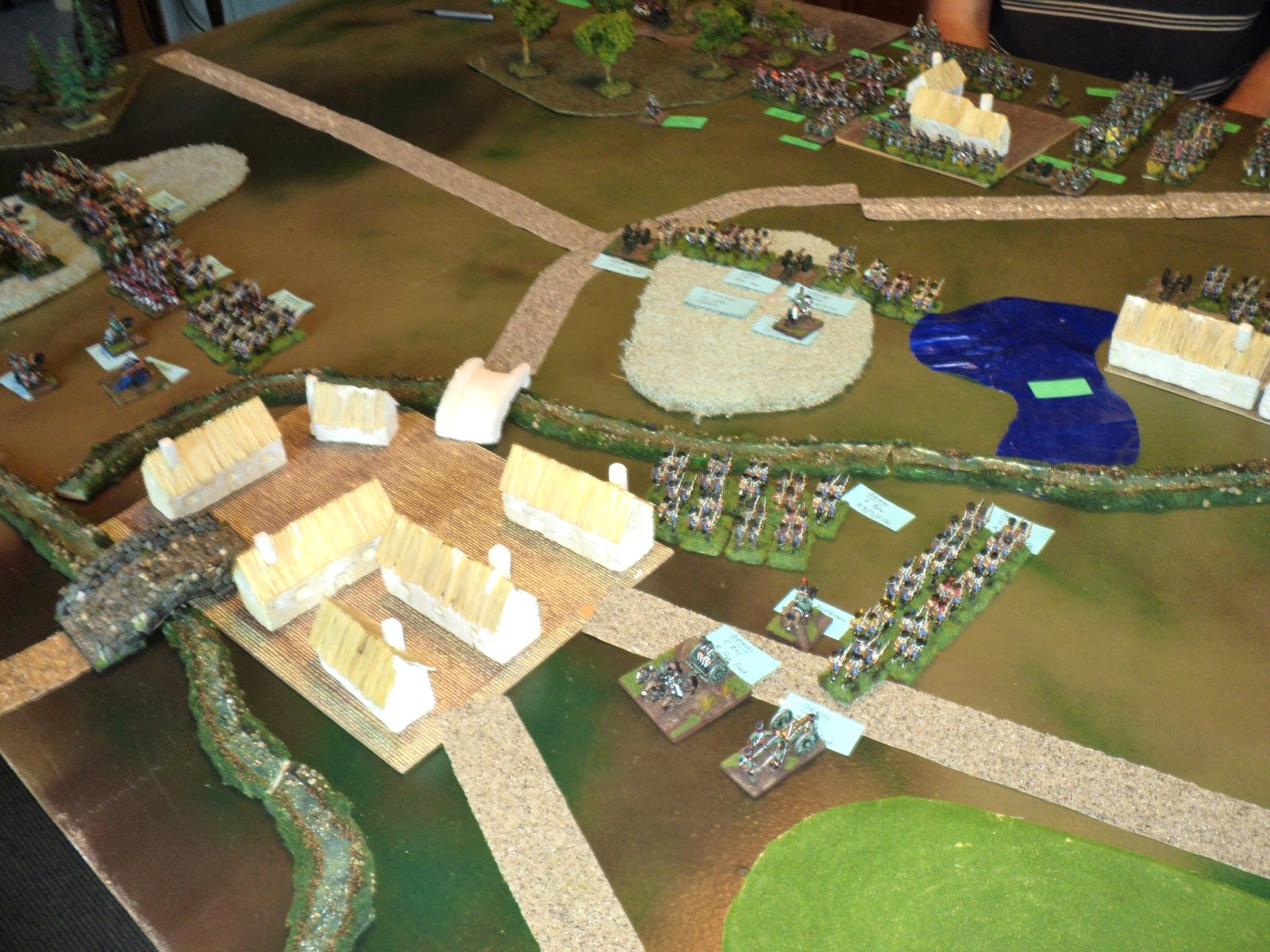 The narrative of the battle is for a future posting: to be continued...


Meanwhile, may I wish readers all my best wishes for the Festive Season and the coming New Year. Although I am not religious myself, I do think it is well to recall to ourselves its spiritual meaning.


Posted by Archduke Piccolo at 3:16 PM

Email ThisBlogThis!Share to TwitterShare to FacebookShare to Pinterest
Labels: Age of Eagles, Napoleonic