Further work on the Navies of the belligent nations of the Raesharn-Kiivar conflict, has led to the near completion of the Raesharn surface fleet (two carriers still to be launched), and now the Kiivar Navy. 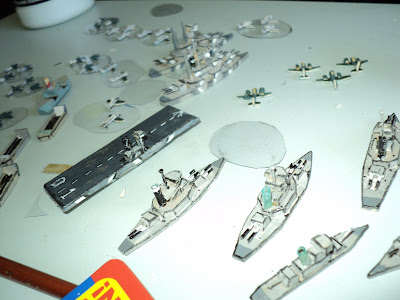 A while ago I posted some pictures of the Raesharn Fleet as it was then. Here, now, are pics of the Kiivar Fleet - such as it is...
Kiivar's sole surviving Carrier, KNS Condor. As it is slightly larger than the Raesharn carriers, I'm tempted to allow it more aircraft: 5 'flights' to 4. 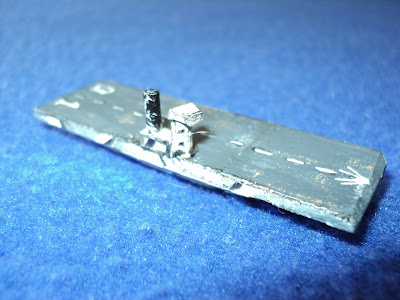 A 'flight' of aircraft will comprise 1 playing piece, which at the moment looks as though it will be 3 miniature aircraft per stand. 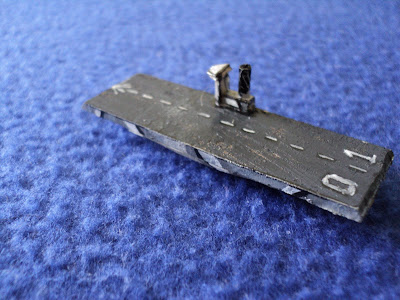 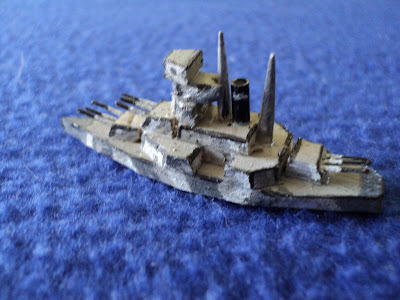 KNS Eagle leading Kiivar's other battleship, KNS Falcon. This ship design is the same as the Raesharn vessels that outnumber Kiivar's own by 4 to 1. 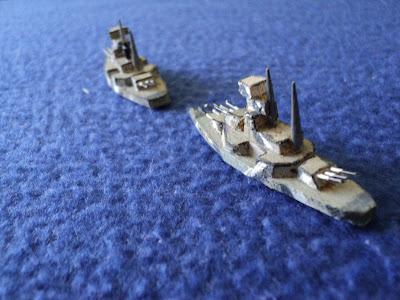 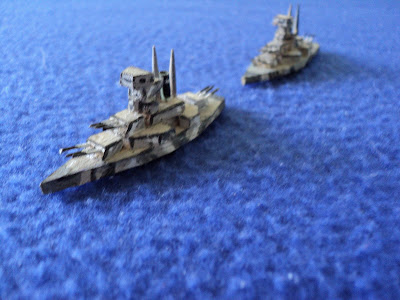 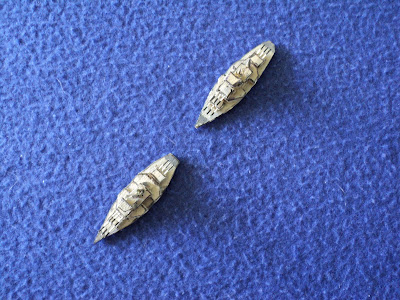 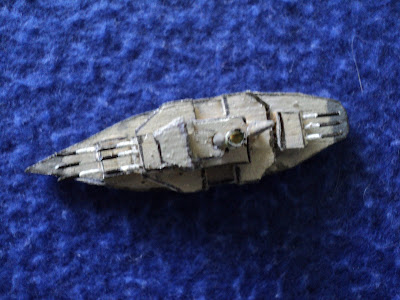 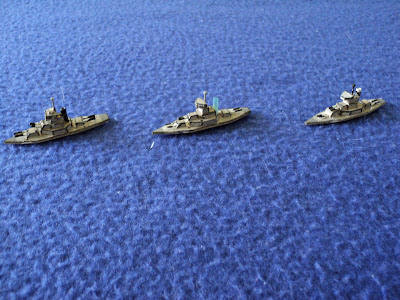 A closer view of KNS Harrier. 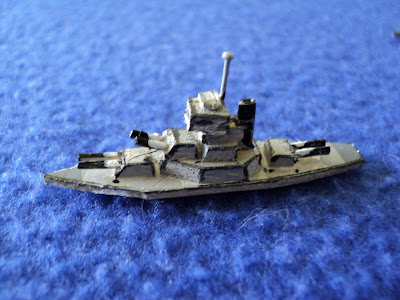 Finally - a view of naval aircraft flights under construction. Most of these will be single-engine aircraft, though there will be a few twin-engine blokes kicking around - for the sake of variety, mainly. These are to be glued to clear plastic oval shapes in stands of three, and placed atop a cut-down length of semi-transparent cotton bud. The problem is what should form the base. Probably washers - the base needs to be fairly flat but weighty. At 4 flights per carrier, the Raesharn Navy can carry a formidable force of 16 flights - fighters, dive bombers and torpedo bombers. 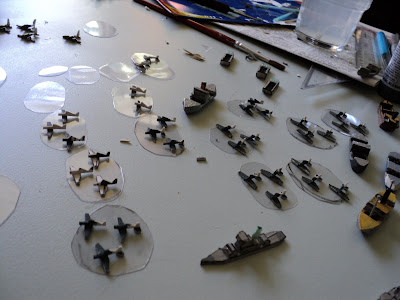 The Raesharn aircraft are green, with red within white roundels. Kiivar's aircraft will be dark blue with light blue within yellow roundels...

Oh: nearly forgot. Some landing craft, each capable of landing one unit of land forces, armour, foot, or guns. I've built just 6 so far: need more than that for a credible invasion force! 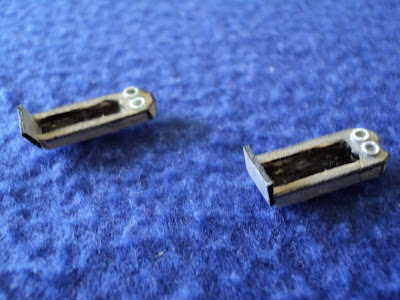 To be continued...
Posted by Archduke Piccolo at 2:29 PM