Russians ... or soldiers of M'yasma? 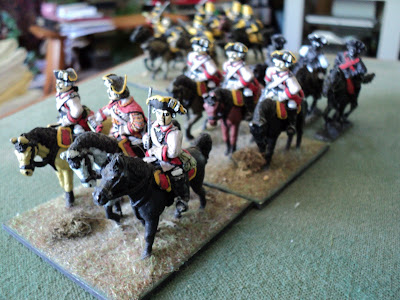 The Blue Hussars (I think this might be the Pavlograd Hussars. Again two stands. Looking at the makeup of this army led me to suspect it was intended for a rule set similar to Shako. Not my favoritest rule set, but it's playable enough. 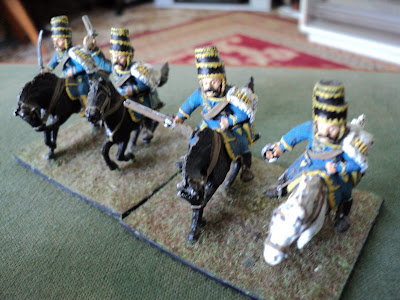 But this was a puzzle. Why 3 per base? Was he intending to use them as heavies? These will probably be rebased... 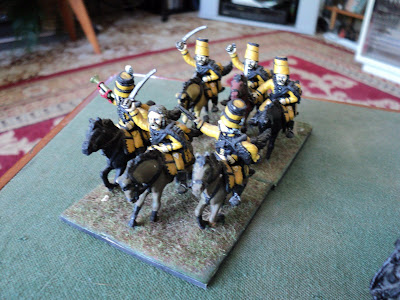 Marshal-General Count Ignatius Yakovitch Smirnoff and the artillery. Readers with long memories who have visited this site before might recall his presence in the banner pic that I've recently replaced with something more of my own... 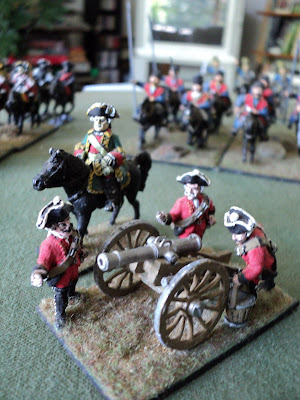 These cossacks have a certain presence about them, do they not? They look like a single unit, but might have been intended as two. The lances have been replaced by some spare flagpoles from the Wargames Factory WSS infantry. Plastic does not go well with lead - I broke one of the lances shortly after taking this picture, though have since repaired it. I'll eventually replace the lances with wire, but may use these spearpoints, fastening them on the end of the lances with paper pennons... 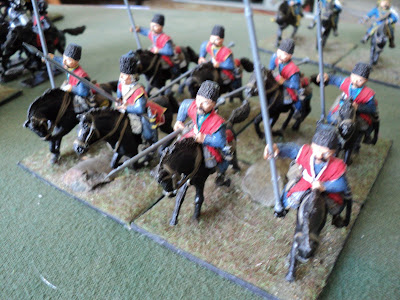 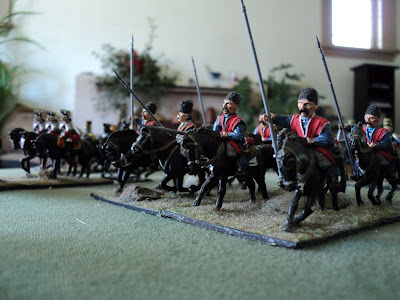 The infantry column on the march. The previous owner had attempted to hand draw the flags, but, unsurprisingly, didn't make much of it. I like doing my own, but the design is extremely complicated and difficult to render well. I found a source of flags on the internet, found a way of peeling back a mirror image and printed out several. 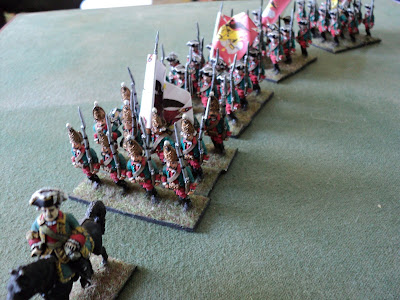 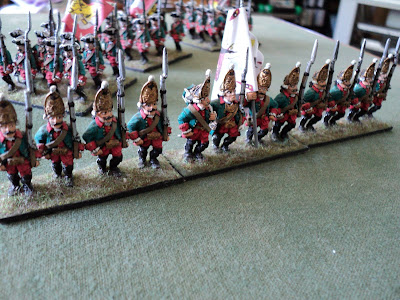 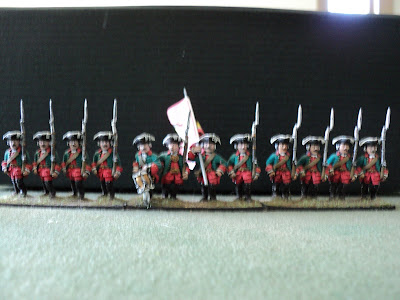 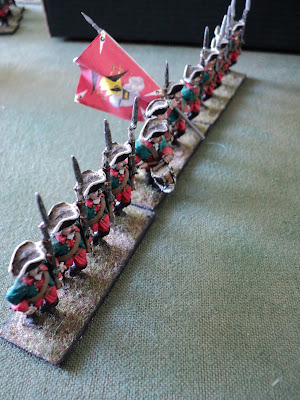 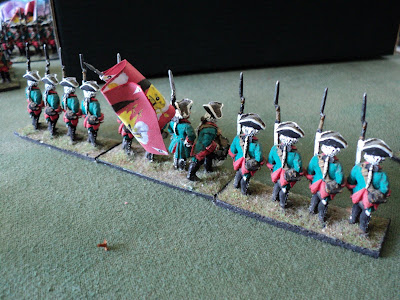 Were these to be Russians - or maybe another, vaguely Livonian/Ukrainian/Muskovite imagi-Nation such as the Grand Duchy of M'yasma?
Since this purchase, the army has grown a little: a further 2 battalions of musketeers, enough hussars to form a third unit and to give all three 3 2-figure stands apiece, and enough heavy horse to give the Cavalry a third stand. At that, there remain 4 rather orphaned musketeers in the 'advancing' pose (all the rest are 'March attack'). Not sure what to do with them.