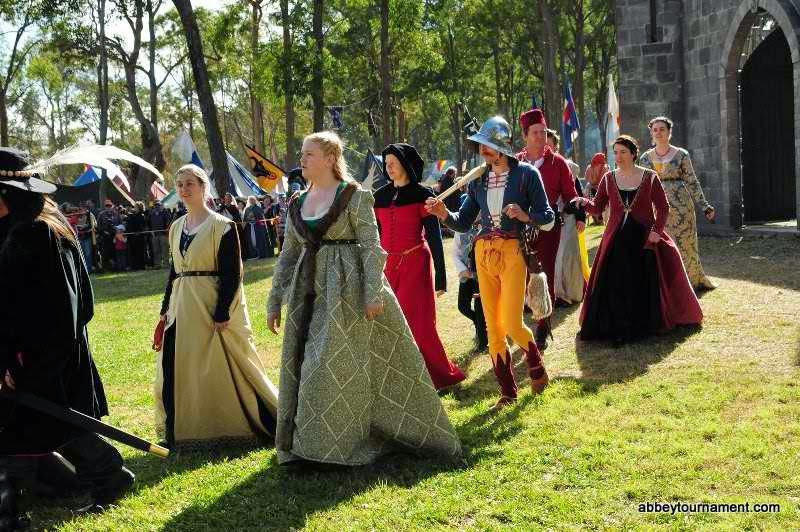 Just recently Karen and I flew to Oz to visit daughter Ursula and her man, Aiden.  They live in Redcliffe, a short distance north of Brisbane, where the climate in July is sunny and mild - or at least it was while we were there.  It was while there we took in the annual mediaeval festival.


This is quite a big affair: plenty going on and to see, plenty to buy as well, if you're so inclined.  Possibly the highlight is the jousting, although I was especially interested in the cannon and Late Mediaeval handgun (man, these guns are loud - you'd frighten an enemy just with the noise!).  There was also archery (long bows - I don't recall seeing any crossbows, now that I think on it), wrestling (missed that), foot combats, and plenty of souvenir shops and workshops featuring armour, weaponry, clothes, food, drink, ... you name it.

I could have taken a whole lot of pictures, if I had remembered to get some batteries for the camera.  The first five of these are from the internet, but convey well the colour and flavour of the event.
The Varangian Guard were popular.  There were two groups of these guys.  I have no idea why. The lamellar armour of the guardsman on the left is very striking.

The helmeted rube in the picture below is myself, moustaches hidden by the throat-protecting mail.  The stick I'm clinging to is in fact a rather crude battleaxe.  No pretty weapon, it would probably be effective enough in action.


One of the more interesting exhibits for me were the mediaeval board games.  In visiting last year, Karen brought back for me a little booklet on mediaeval board games: chapters of Tafl games (the inspiration, I believe, for Terry Pratchett's Thud! game), Morris games, Chess variants, Rithomachia (the Philosopher's game), draughts types, race, and Fox-and-Geese type games.  A very informative little book, actually!
Unfortunately, although there were a few examples of these games on display, including a chess set, no one seemed to know how to play them.  I had hoped (as I was passing) to 'get in' a game of Mediaeval Chess, which I know how to play (that is to say, I know the rules up to and including the 'King's leap'), but have (as far as I can remember)  never actually played.  Never mind.  There were plenty of other things to see. 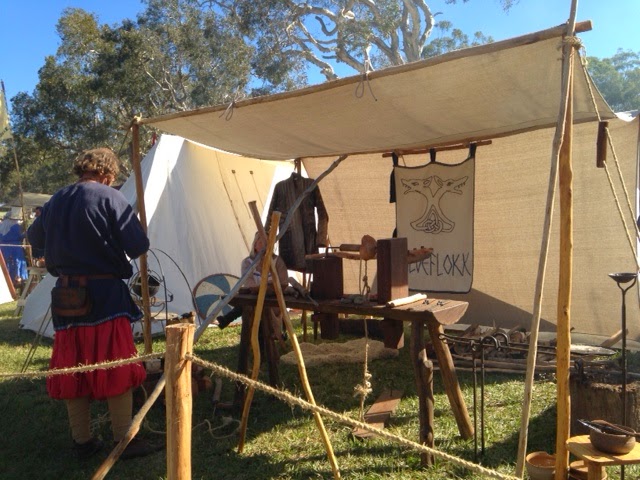 It was a great day, a well organised event in balmy weather.
Posted by Archduke Piccolo at 5:11 PM