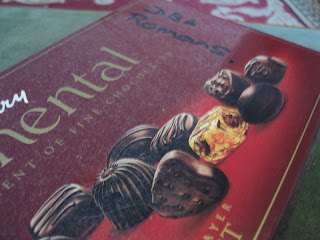 While I'm on the topic - more or less - we might as well have a bit of a look at my Airfix Romans.  Thes have been modified and organised for DBA and/or HoTT.  First of all - dust off the box lid... 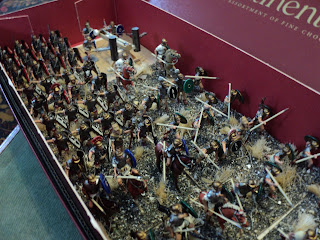 ...and open.  As you can see: quite a bit of modification led to this array. 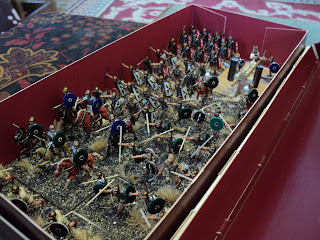 Below, Legio I.  Four heavy infantry with red shields. 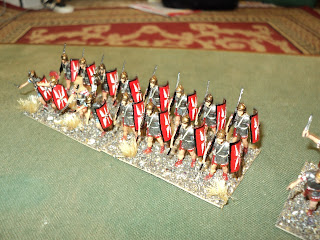 Legio II, White shields.  The bases have been 'flocked' with coarse sand from the beach, with baling twine scrub grass. 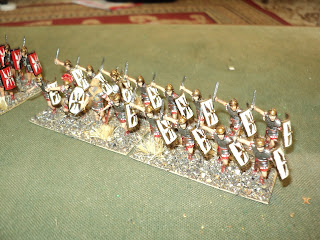 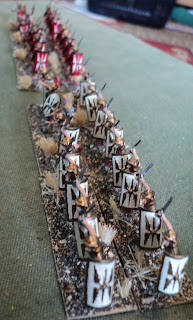 Below: the legions in line.  These units from the core of this Roman army.

After that, the troops got modified quite a but.  The four elements following received pin javelins and round thumb-tack slields, and so became Auxilia.  You will see that the pins have been thrust through the hands of the figures.  Then the ends were flattened into spear-points.  The shields are unpainted except for the 'bosses' 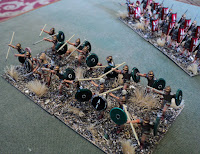 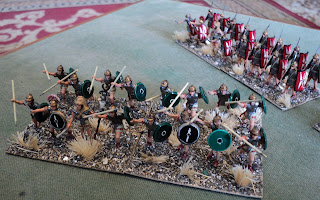 The velites got the same tratment as the Auxilia - pin javelins and thumbtack shield pushed through their left armes. 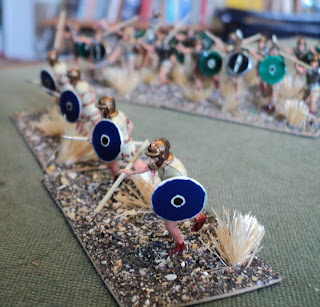 Roman light horseI'm not sure about the horses - they look like Atlantic horses to me, possibly from the American Civil War set.  The lower half of the riders were ACW Airfix '7th cavalry' painted as though bare-legges, with high sandals. 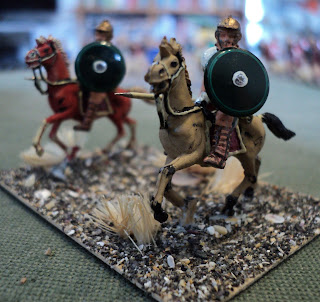 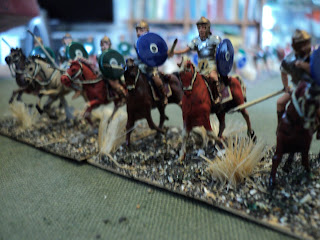 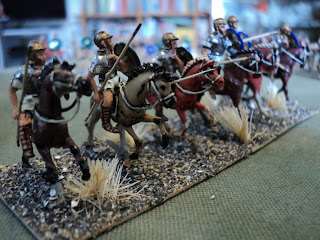 Below is my 'first attempt' as a Roman ballista.  It is rather too large for a field piece really... 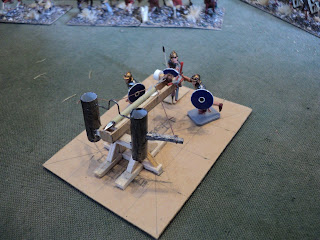 ... and the frame for the horse-hair torsion 'springs' for the arms of the weapon I'm considering redoing instead of the casings shown.  But overall, I wasn't too unhappy with this early attempt to scratchbuild artillery.  The handles of the windlass or winch were made from a wheel with the rim and most of the spokes removed. 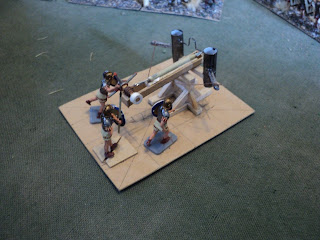 The bolt is simply a short mail, or brad, with the jolt end cut off, and paper stabilising fletches added at the blunt end.  I think the guy standing at the back 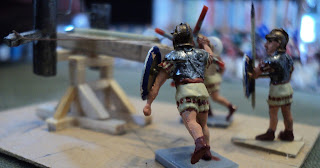