I never planned to 'do' Colonial warfare.  On the whole, was my attitude, the advantages lay too much with the side that had the 'tech'. Of course I have learned since that it wasn't so much the 'tech' that gave the colonisers the edge, but numbers and a ruthlessness that, once having achieved an ascendancy, extracted every benefit that could be got from it.

As a non-Maori New Zealander (though with Maori and Pasifika relatives) I have gradually over time become more aware of the history of land expropriation in this country. Maori were never conquered militarily - not really - but were simply overwhelmed by the volume of immigration they had no chance whatever of stemming, not that Maori ever really sought to do so. Of course, the immigrants needed land.


The land expropriation from the Land Wars (so called in this country) were cruel enough, but understandable. But the most powerful weapon in the hands of the Colonial government was its legislature, passing laws over the heads of Maori that expropriated lands from them without consent or redress, on the flimsiest of pretexts. Worse, the legislators, wealthy land owners as they were (not until 1879 was universal male suffrage introduced in this country, coming into effect in 1881 with the next general election), they were not above ripping off the lower orders of colonists as well.  It appears that my own family 'benefited' from some of the land expropriation in Taranaki (North Island's West Coast around Mt Taranaki/ Mt Egmont), where they were pretty much dumped by the government and left to it (this in the 1890s, I think). I believe none of that land remains today in the Dowman family, and probably not since long before I was born. 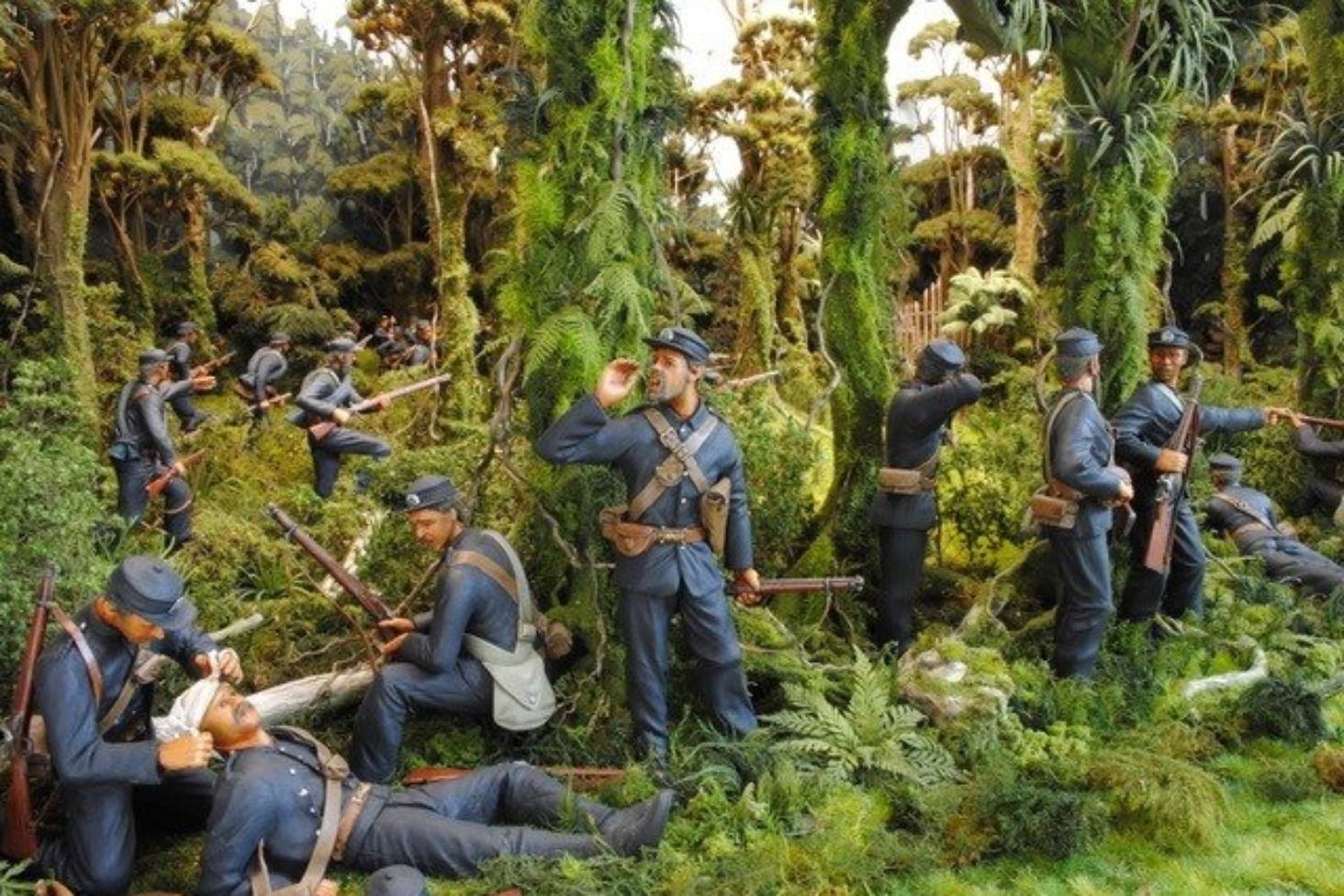 The above picture is from a display in the Tawhiti Museum, near Hawera, South Taranaki, New Zealand.  If ever you are in that part of the world, do pay it a visit. I recommend it highly.
https://www.stuff.co.nz/taranaki-daily-news/news/south-taranaki-star/102874993/the-man-behind-the-models-at-hweras-tawhiti-museum

Years ago, I discovered that a relative of mine - not a direct ancestor - one Lieut. Dowman participated in the Battle of Puke ta Kauere*  This battle occurred in 1860 near the future town of Waitara, where I was born just over 90 years later. It has been seen as one of the three most decisive defeats of Imperial forces during the course of the New Zealand wars. See the following link for a near-contemporary account of the battle.
http://nzetc.victoria.ac.nz/tm/scholarly/tei-Cow01NewZ-c20.html


I mention all this to explain, at least in part, my attitude towards colonial warfare. In the true British tradition of 'rooting for the underdog', these days I tend to come down on the side of the natives. The Colonialists were never the underdogs. Not really. But with the feeling that it was all a bit one-sided, I kept away from Colonial war gaming. The New Zealand Wars aren't really tempting, as most of the battles were attacks, by one side or the other, on fortified places. Usually the attacks failed. Maori in particular eked out small numbers and indifferent commitment from the various iwi and hapu (tribes and sub-tribes in our parlance) with an enormous talent for field engineering, and an effective 'strategic offensive - tactical defensive' approach that saw its greatest expression, I think, in the war fought by Titokowaru.

All that changed when I read an article in a war games magazine upon the subject of Little Wars, H.G. Wells's concept, adapted for 1:72 scale figures. There being plenty of ESCI Zulu Wars British and French Foreign Legion available, I acquired several boxes. The armies were, of course, to be the traditional RED versus BLUE. But I needed names for their parent nations, and so were born Ruberia and Azuria. Concepts for BLACK (later styled the M'yeusi) and WHITE were considered, respectively represented by Zulus and Arabic types; and Grauheim (GREY) for which methought the Airfix WW1 German figures might be appropriate, but they remained in potentia.  Azuria and Ruberia are traditional enemies, ever hostile towards each other, almost continually at war. The wars were to be more continental than colonial.

The first concept was to organise the forces into Brigade columns, comprising three 50-man battalions, a single cavalry squadron and a battery (company) of artillery. A rifle battalion might take this form:

The cavalry squadron would have an officer, a couple of NCOs and 12-16 troopers.

The artillery battery would comprise 3 or 4 guns.


I had worked out what I considered to be a refinement of H.G. Wells's diceless combat rules, which also included rifle and gunfire without using missile-firing ordnance. I'll explain this in case somebody might be interested enough to give it a practical test.  In any any combat, in any given turn, both sides inflicted upon their opponents a fixed percentage (truncated) of their numbers still in action. The percentage I settled on was 25%, but could have been reduced for a more prolonged firefight, say. When one side was reduced to half the strength they began the combat, they had to retreat or, if escape were not possible, to surrender. There was a good chance the loser would have to yield up prisoners.

Having lost 7 from 12 figures, the RED Company retreats, leaving 2 (half the remainder, again, fractions truncated) prisoners in the hands of the enemy.

I never did give this a practical test, e.g. unengaged forces being drawn into an ongoing fight.  The whole thing was overturned when I discovered Phil Barker's Horse, Foot, Guns.


* Puke-ta-Kauere: Having looked this up, I have a feeling this might translate as something a little bit scatological: 'puke' (hill, mound, or just about any geographical eminence, but also mons veneris); and 'kauere' (strong flow of water).  Or it might simply indicate rising ground that has been carved out by a strong river flow.  But a description of the geographical features of the battlefield - see the link above - are not inconsistent with the scatological translation. Perhaps both meanings are/were intended and understood.

Posted by Archduke Piccolo at 2:25 PM