After showing off my German AFV kit, I could hardly let it go at that, and decided that I would lay out my 'unarmoured' inventoryt.  Here it is: artillery, anti-tank guns, tractors, armoured half-tracks, kubelwagens, kettenkrads and motorcycle combinations; light trucks and lorries, and my eclectic Anti-Aircraft weaponry. The next few pictures is due to my self indulgence, looking at the whole array from several angles. 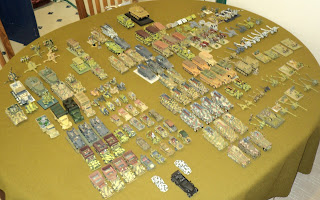 I was going to include my armoured cars, but they can wait for another posting. 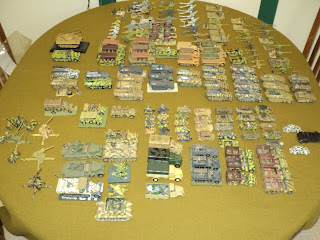 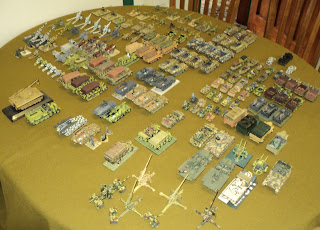 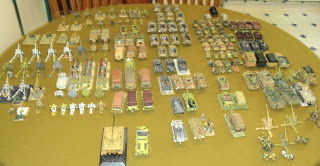 In this pic is also a metal RSO tractor (courtesy of the 'Sun of York') with limber. 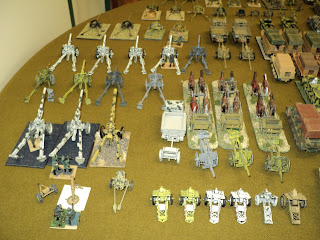 Now for my half-track prime movers.  Not enough to draw all my artillery and anti-tank guns, even augmented by draught traction: 2 x Demag, 7 x SdKfz11, 6 x SdKfz7.  The vehicle at the rear with the flat-bed tray I designate a SdKfz 8, as it is larger than the others.  The Tiger variant, I'll talk about later. 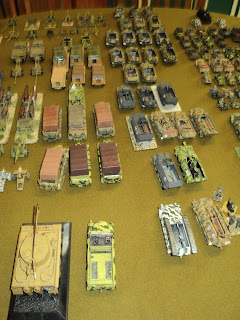 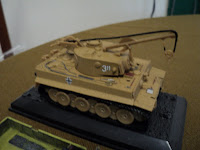 Well, here it is.  I looked this thing up, and discover that only one example was ever found, there being no record of such a vehicle being factory produced in any kind of numbers - or even at all.  Although I have tended to call this an 'armoured recovery vehicle', I rather suspect it is more like an engineering or maybe a field workshop vehicle.  At any rate, it makes a 'different' sort of logistics element. 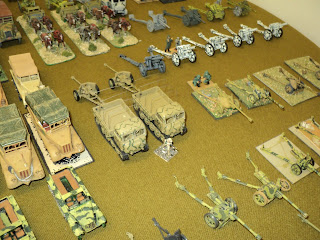 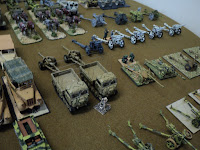 Here, surrounded by a whole lot of ordnance and tractors, is a pair of die cast RSOs with PaK40 AT guns in tow.  They came in plastic display boxes (as did some of my Tigers and PzIV tanks), but my collection is there to fight, and not just look pretty. 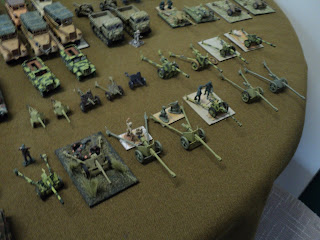 Somehow, I always felt the need to beef up my anti-tank gun inventory to something approaching the number of tanks. 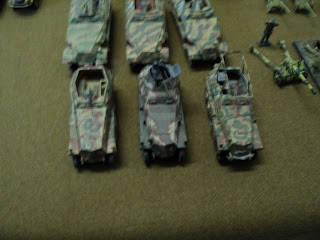 On to the half-tracks, starting with just these three variants of the SdKfz 250.  Two are recon vehicles, the other a command vehicle - to wit, built from the ESCI 'Greif' kit. 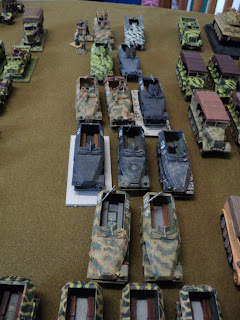 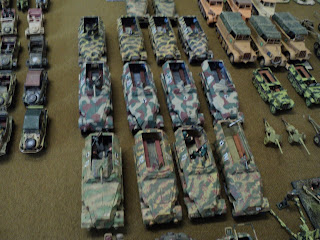 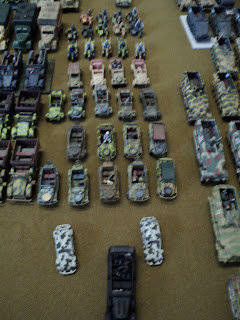 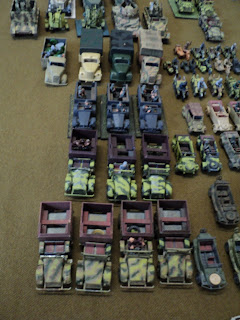 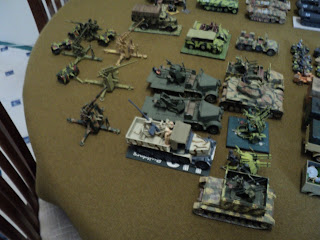 To round off: my FlaK capability: 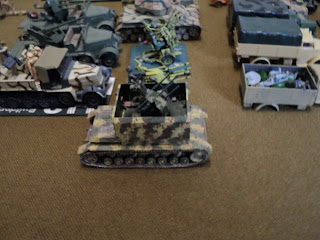 Taken overall, a fairish bunch of stuff to play with, though there are shortages of transports for some of the heavy weaponry and the motorised infantry.
Posted by Archduke Piccolo at 6:16 PM