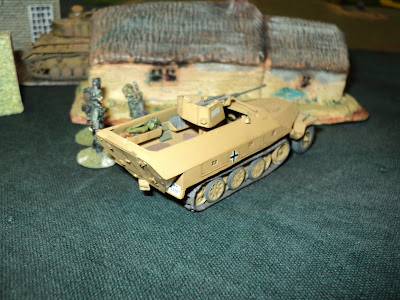 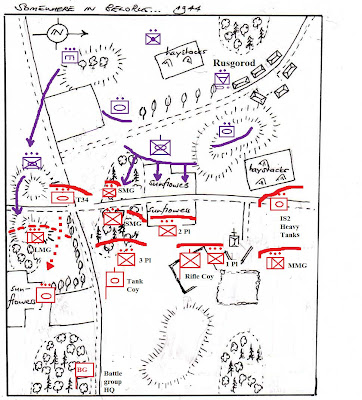 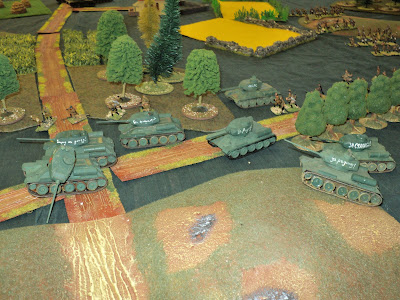 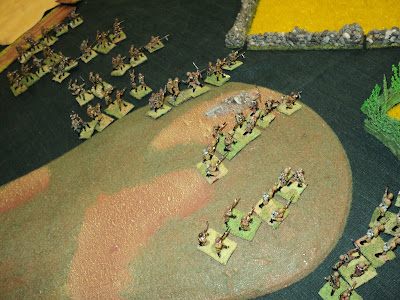 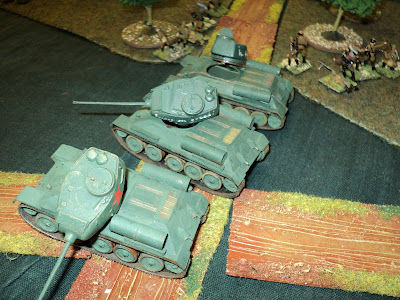 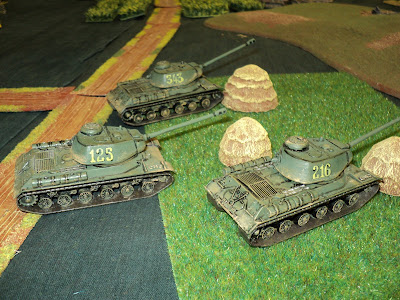 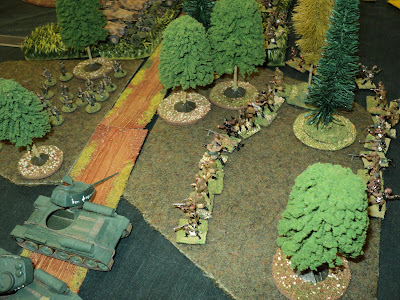 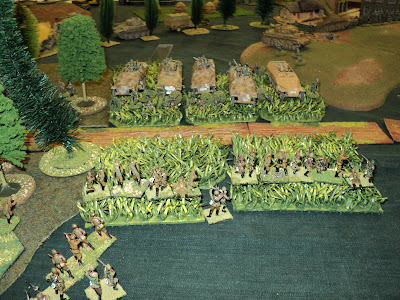 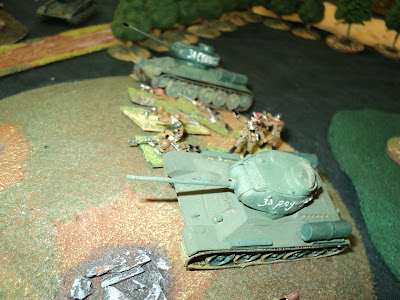 The rules used for this game were Panzer Marsch a favorite set of my opponent, Tony Ormandy. But you can see that my army is more designed for Command Decision. Unfortunately, several rifle brigades of CD infantry don't translate to much more than a rifle company under PM!
Posted by Archduke Piccolo at 10:05 PM No comments: 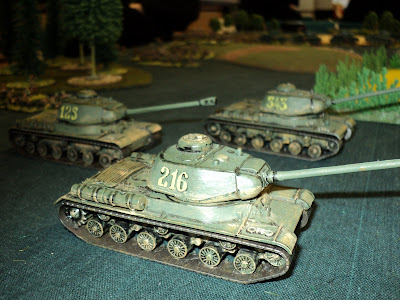 This weekend saw the second of two recent outings for my WW2 stuff, after an hiatus of I don't know how long.

My pictures of the first action weren't much chop - basically a tank action between my nine PzIVH tanks against Tony's eight Shermans and three Firefly tanks. At the end of the action, the respective infantry were eyeing each other with hostile respect, and the tank action had petered out with the loss of six AFVs on both sides, but with the Germans better placed in terms of ammunition than were the Tommies.

Last Sunday's action led to something of a defeat for my Russians, whose morale was as good as their shooting - bally horrible. At any rate, here are some pictures of the action. 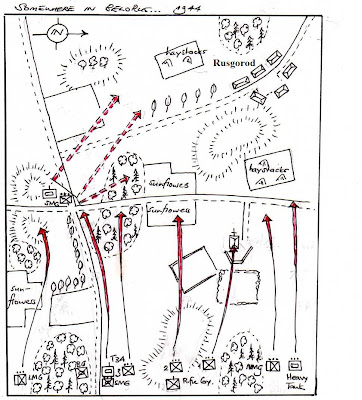 The map shows a tract of country somewhere in Belorus, early to mid-1944. Tony Ormandy commanded elements of a German Panzer Division: a kampfgruppe comprising a composite Panzer platoon of two Panthers and two Panzer IV Mark H, a company of panzergrenadiers, with two assault engineer and a mortar section by way of support. 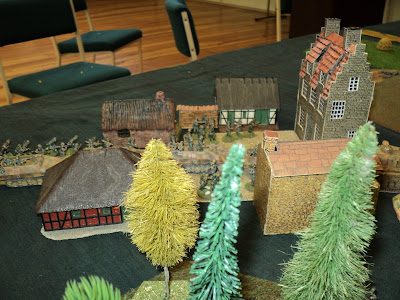 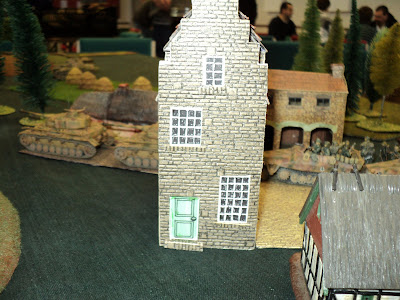 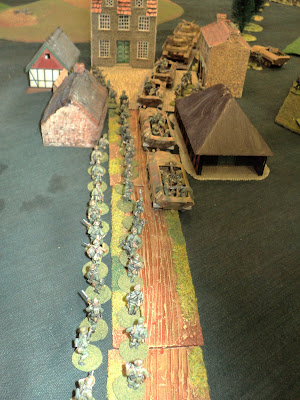 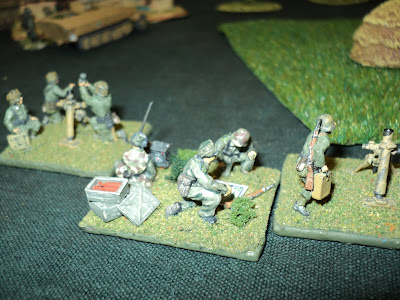 Panther! Tony's Panthers Mark A covering the German right flank. Panzer #113 was built from the kits of 5 separate manufacturers; #121 a resin model... 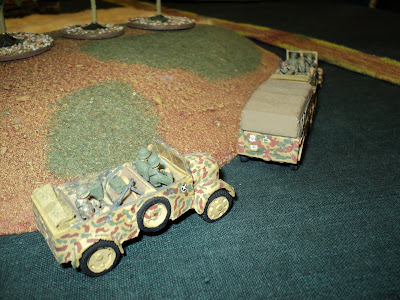 I opted for simple: An understrength company of T34/85 tanks carrying a SMG tank desant platoon; a rifle company with elements of a machine-gun company (5 LMGs and 4 MMgs) under command; and an independent platoon (overstrength) of 3 IS2 heavy tanks. Unusually for the Soviets, there was no artillery of mortar support. 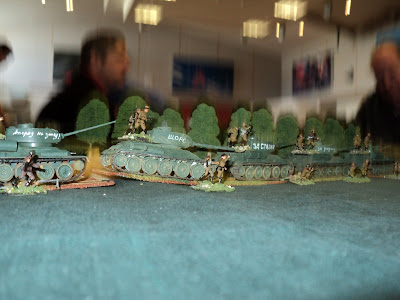 Overhead view of the Rifle Company, advancing in line of section columns across the open country... 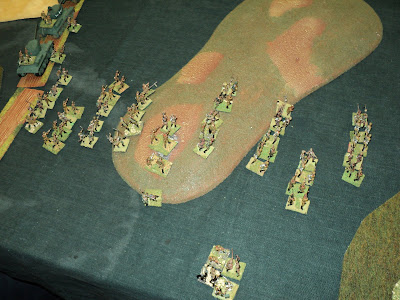 General view of the Soviet advance... 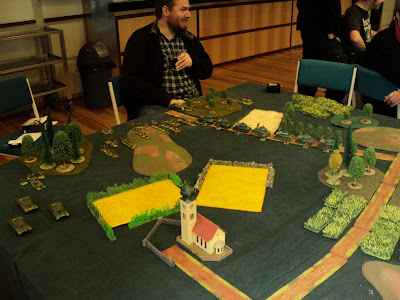 Sitting in the background of that last picture is a dude with a very interesting and intriguing Imagi-Nations project in train. That will be the subject of a future posting...