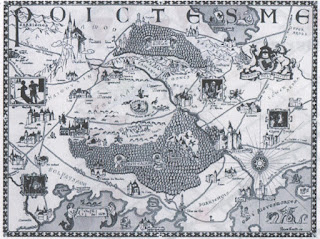 Yep: once more my sadly neglected blog-spot has been left idle while I do other things.  As ever, I have also allowed myself to drift from one topic to another.  About three weeks ago I bethought myself to do something about all those War of the Spanish Succession figures I started buying about 5 years back.  All the figures are hard plastic, Wargames Factory.
Nearly all of them had been assembled by this time; just one infantry regiment remained.  What I have now are
4 General Officer/Staff figures;
4 Cannon each with 4 crew figures;
6 x 36-figure line infantry regiments;
1 x 36-figure grenadier 'regiment';
2 x 24-figure cavalry regiments;
1 x 24-figure dragoon regiment.
The infantry regiments I designed such that they can be split easily into 18-figure battalions.
I Battalion: Officer with sword, flag, drummer, 15 soldiers
II Battalion:  Officer with spontoon or half-pike, other flag, other drummer, 15 more soldiers.

The Grenadier 'Regiment' is a decision I somewhat regret, but it is too late now.  Better might have been to make 4 figures in each of the 7 regiments grenadiers, which could have been 'syphoned' off to form a 28-figure over-strength battalion; leaving 32-figure regiments each of 16-figure battalions.

I had originally intended to base the infantry on 15mm frontage per figure, in pairs, with some individuals.  However, I was persuaded to place them on 20mm frontages instead.  That did mean redoing one unit.  Fortunately it was just the one unit!
The Army is based, more or less, on the Imperialists of Prince Eugene of Savoy.  I have had to make some uniform guesses, and the grenadier unit will have to be 'generic' - they'll probably receive grey or maybe white uniform coats.  The Military Commission is as yet undecided about that.  The units depicted are those for which I could provide a flag from downloadable sources.  Rather regrettably, the units with which I could associate  three pairs of flags all had grey coats, and two had pink differencing: Regiment de Wendt and Regiment Holstein-Ploen. The other was the Kreichbaum Infantry.


The fourth pair of flags - the top left and middle in the above picture - I could not associate with a line infantry unit, but rather than waste them, the Grenadiers will receive them.  I call it historic licence. Another source seemed to indicate that one of the flags carried by the blue-coated Brandenburg-Bayreuth Infantry was quartered azure and gules.  It seemed to me a fairly simple task to copy one of the plain flags, quarter it and fill colours.  The fill is by no means homogeneous except for a band along the upper edge, but I don't reckon on doing anything about that.  More annoying is that the pale lemon colour of the 'plain' flags printed out white.  I'll probably leave them that way...
In a recent visit, Jacko (Paul Jackson of the Painting Little Soldiers blog) had something to say about the bright green coats of the Osnabruck Infantry.  I admit that this outfit has a certain ... erm ... chromatic 'presence'.  But on a war games table, a green-coated unit needs to stand out!  Jacko was generous enough to provide me with the spray paint with which to undercoat the units that missed out when my own ran out.
The red coats of the drummers was entirely conjectural, and a convention I have generally ignored in my other 'Horse and Musket' armies.  I've not been consistent, neither.  In contemplating the musicians of Holstein in pink coats, I could scarce repress a shudder.  The grey guys stay grey.

Next time, I'll talk about the Cavalry.