The other day, 'Uncle Brian' was in the throes of a major reorganisation of his inventory and storage systems. I was invited along, ostensibly to help, but probably more just to provide company whilst he carried out an otherwise lonely task (I've done the same myself).  Man, he has a lot of stuff! But the upshot was some equipments Brian decided were surplus to requirements came my way.

But what to offer in return?  I tend to find uses for just about everything (eventually) and have occasionally rather regretted in the past parting with surpluses.  Cash type money - what value to place on these items?   Before I could suggest something,...

... Brian came up with the answer: a couple of smallish tasks.  The first involved a pair of half made craft that Brian had been given by his friend, Frank.  Apparently, Frank intended these to be mediaeval cogs, but they seemed to Brian and me that they could be well adapted as stylised 18th Century Merchant vessels.  They could have been rigged with 1, 2 or 3 masts, and I opted for 3.

The bowsprit is not how I would probably have fashioned it, but as it is solid, it ill behoves to change it.  This vessel has had the accompanying grating and wheel housing glued in.  Possibly it would have wiser to have painted or inked black the deck under the grating before gluing it on.  But I really needed it in place to help with locating the main mast.


The second vessel with masts stepped and yards crossed.  These skewers and dowels don't seem to take PVA glue all that well, so I'll probably strengthen the whole arrangements with cotton. 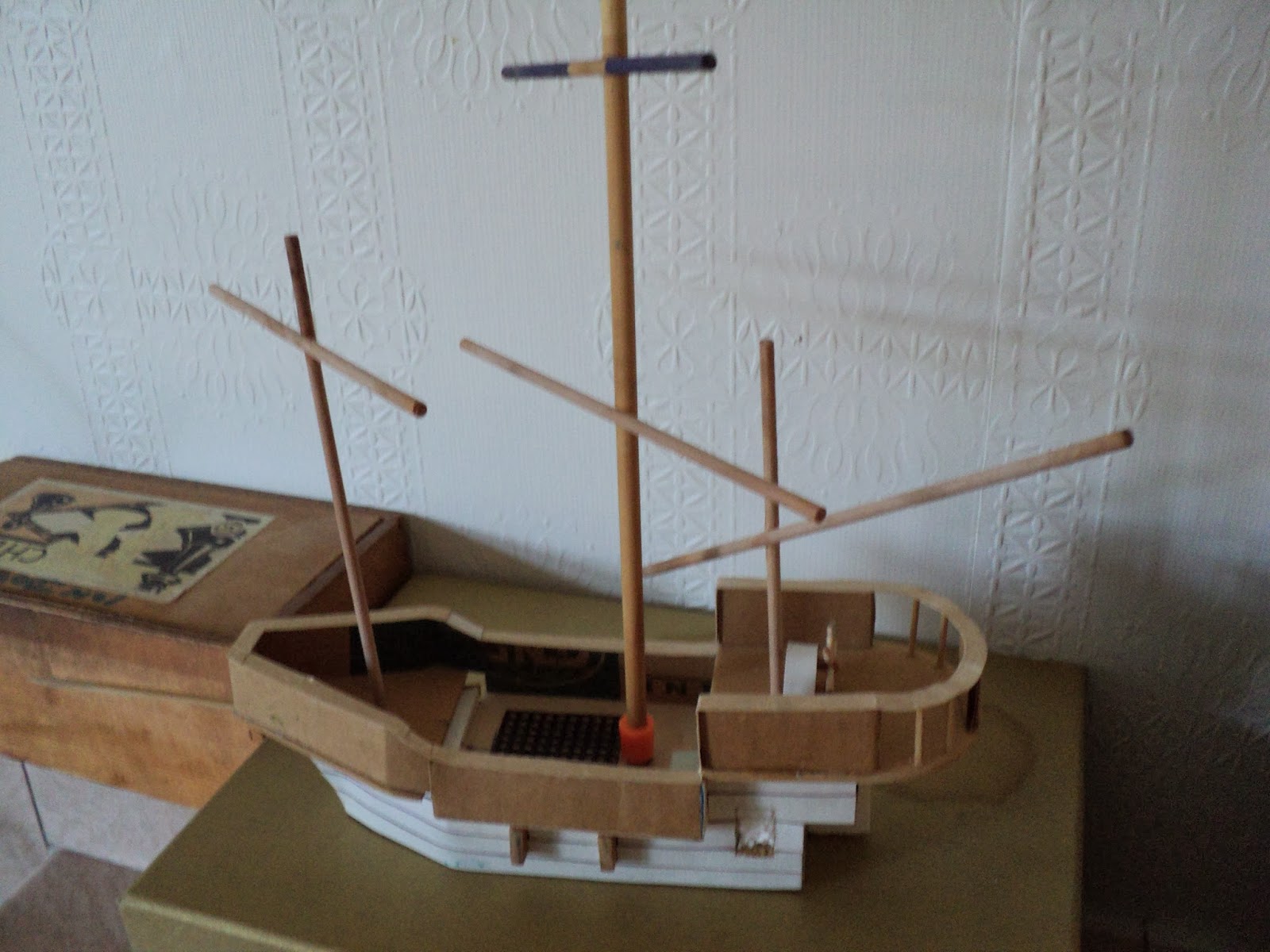 In these pictures, the foremast looks to be raked forward - an altogether desirable arrangement I think, given that the main mast has been stepped somewhat abaft midships and not very far forward of the mizen. The latter has been placed immediately forward of the helm.  The mizen is to be lateen rigged, which seems more in keeping with an 18th century vessel than a spanker would be. 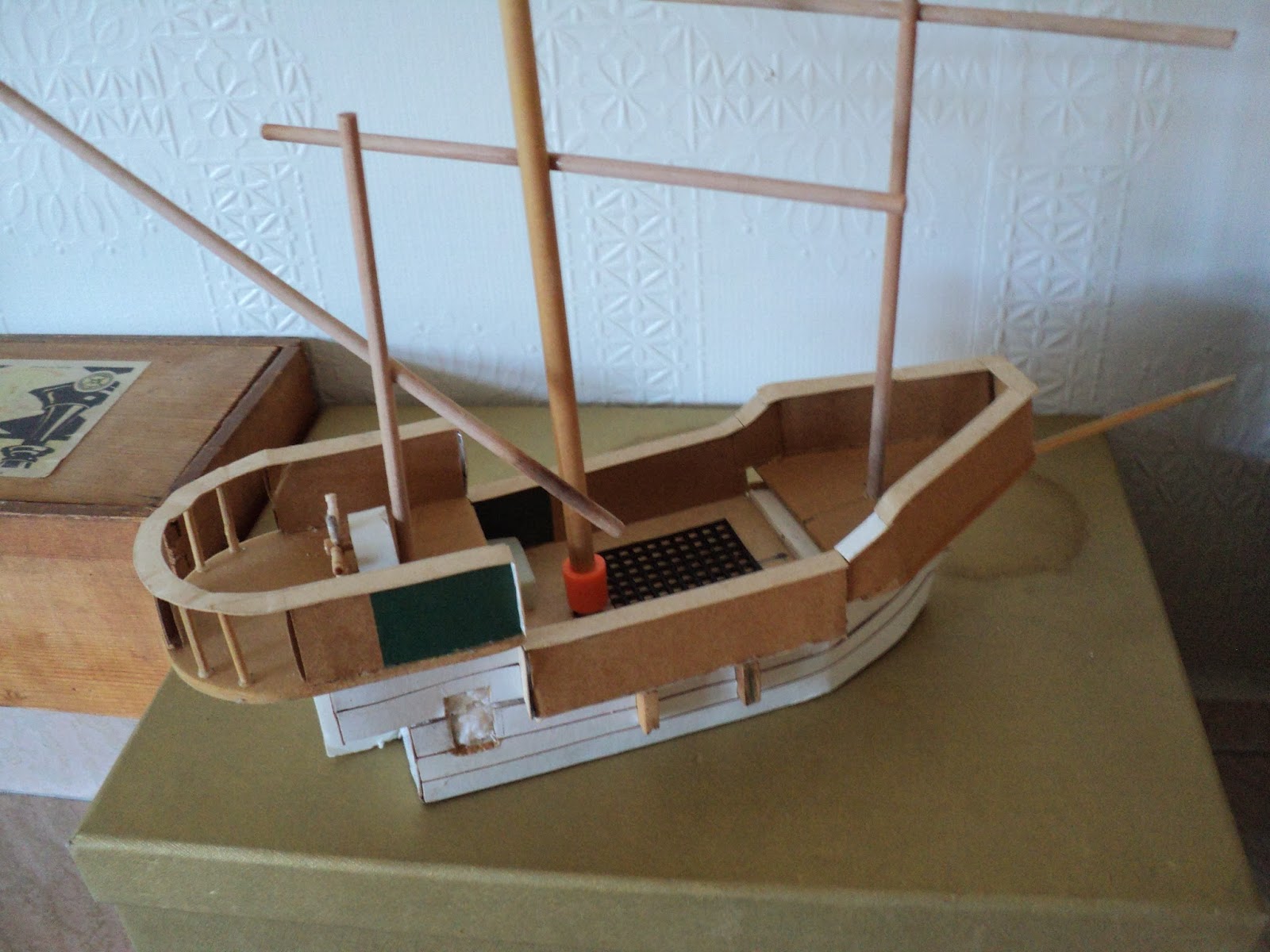 A close up of the extemporised wheel, made of toothpick end and dowel.  The next one I make will be of a similar design, though with changes to add to its robustness.  The hull has been pierced beneath the poop deck on both sides, but whether for guns or casement windows was not clear.  I'll make up casements for these. 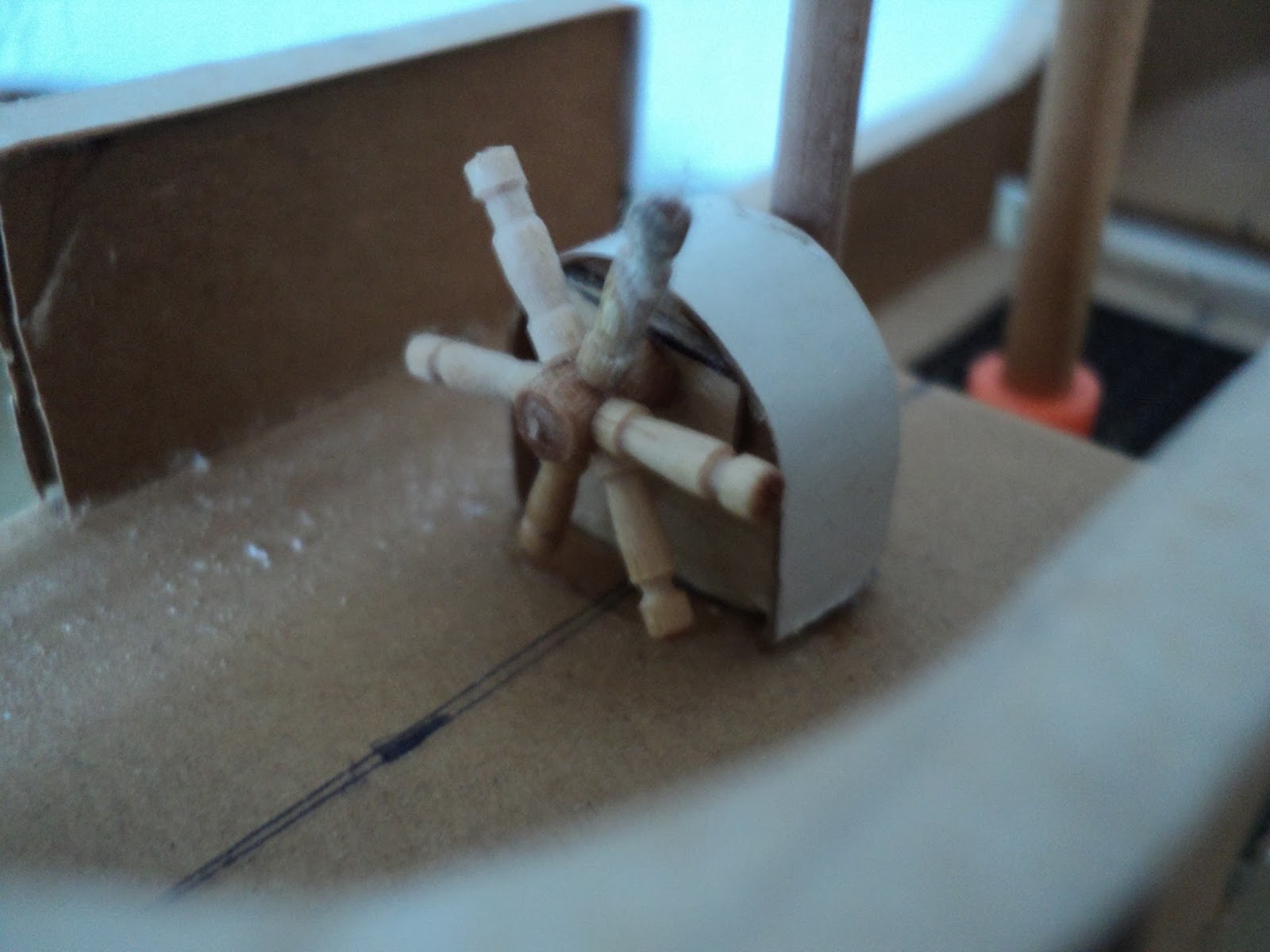 Finally, a rear view of the second vessel.  I would have liked to mark on the deck planking, but would have done that before adding the rails and things.  I'll probably paint the deck a light buff or grey colour and leave it at that.  Also, as Brian wanted the masts to be removable, rigging will not be added.  I'm now debating whether to make paper sails, or use some fabric or other, stiffened perhaps with diluted PVA. 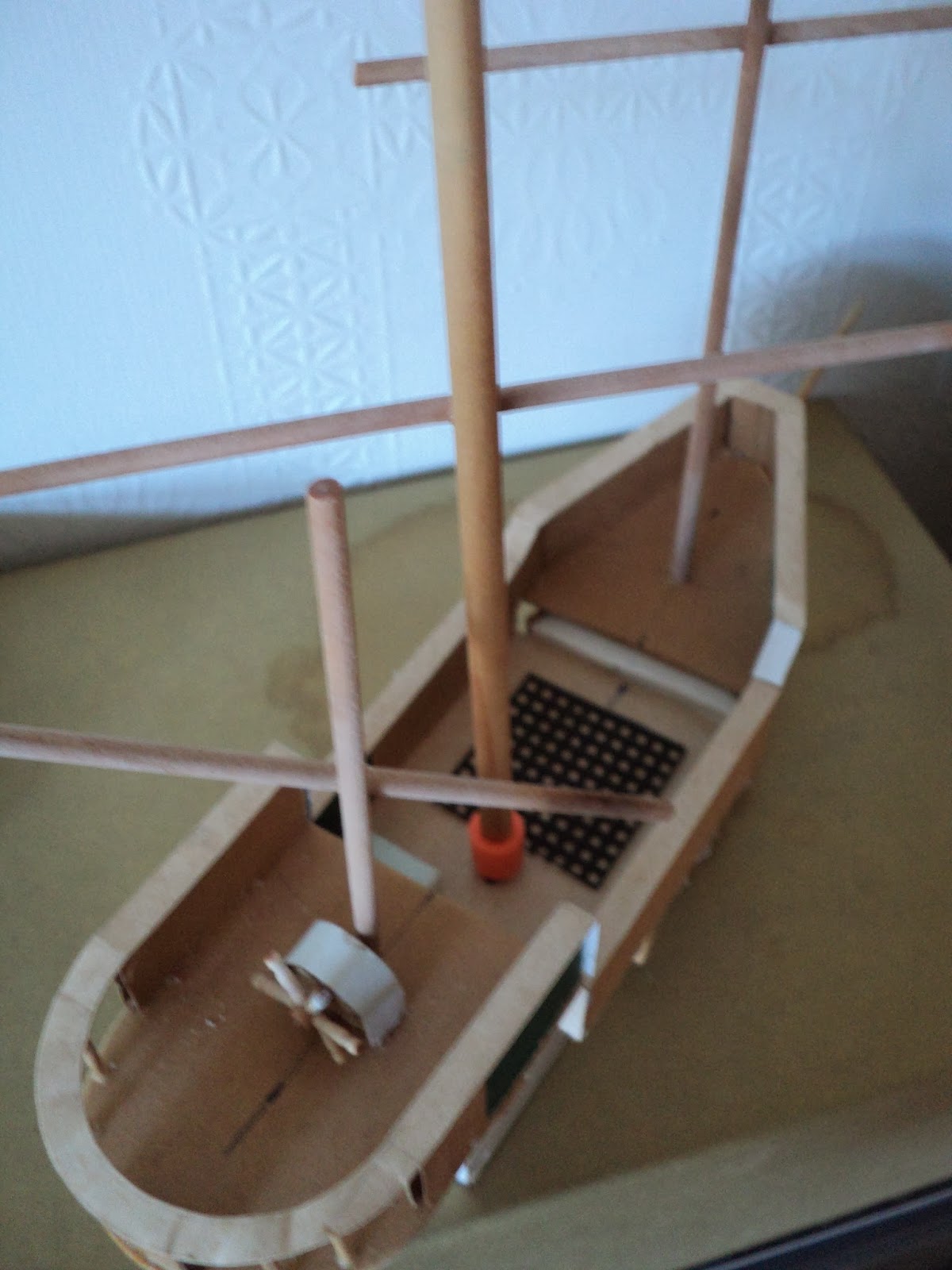 These ships I reckon will look fine with a crew of 15mm or 20mm figures.

What I got in return was: a Leopard I tank to add to the Tchagai MBT squadron, ... 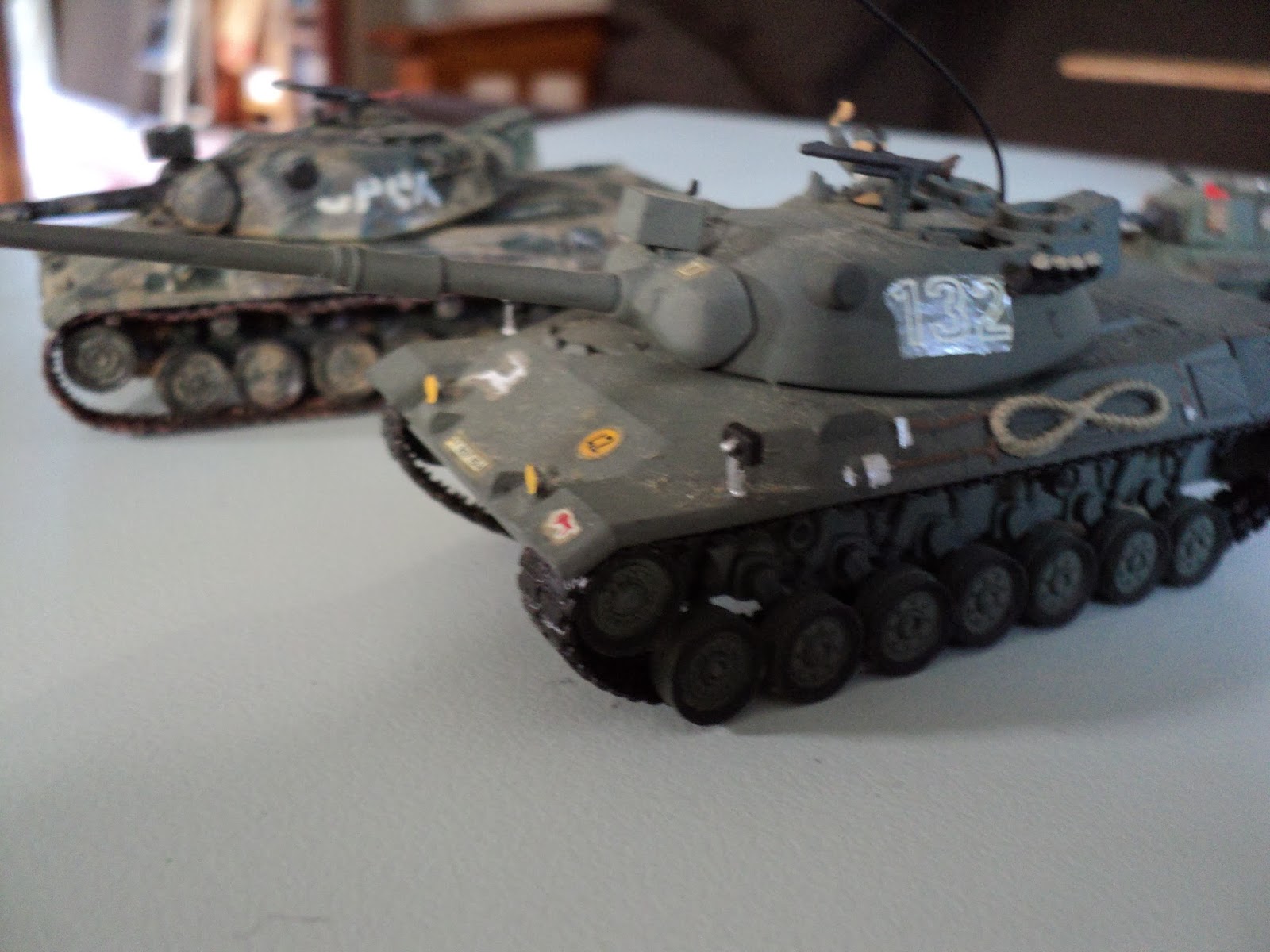 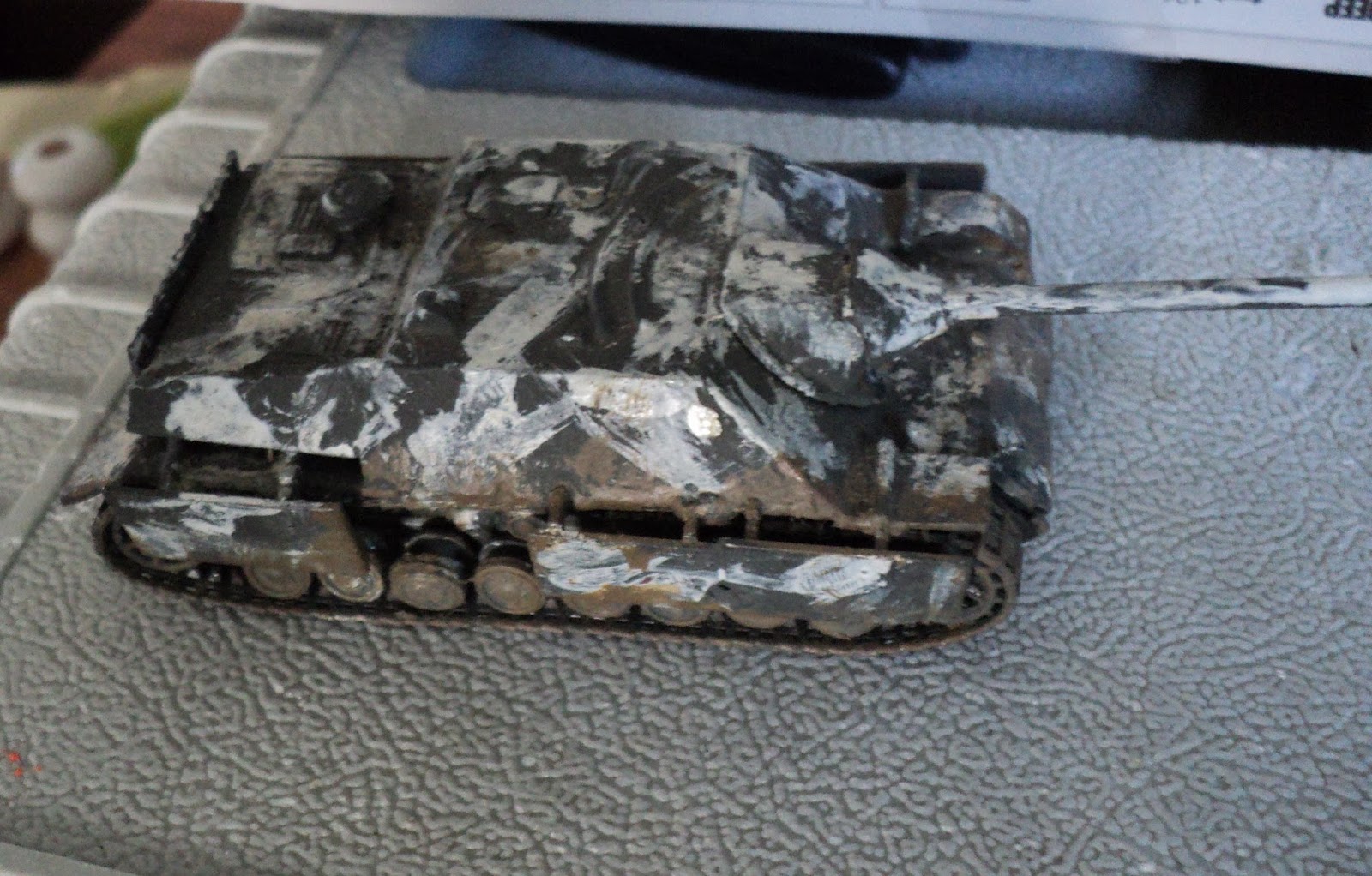 . a Jagdpanzer IV.  I'm very tempted to use the colour scheme as the basis for the camo on one of my assault gun companies (talking Command Decision, here)... 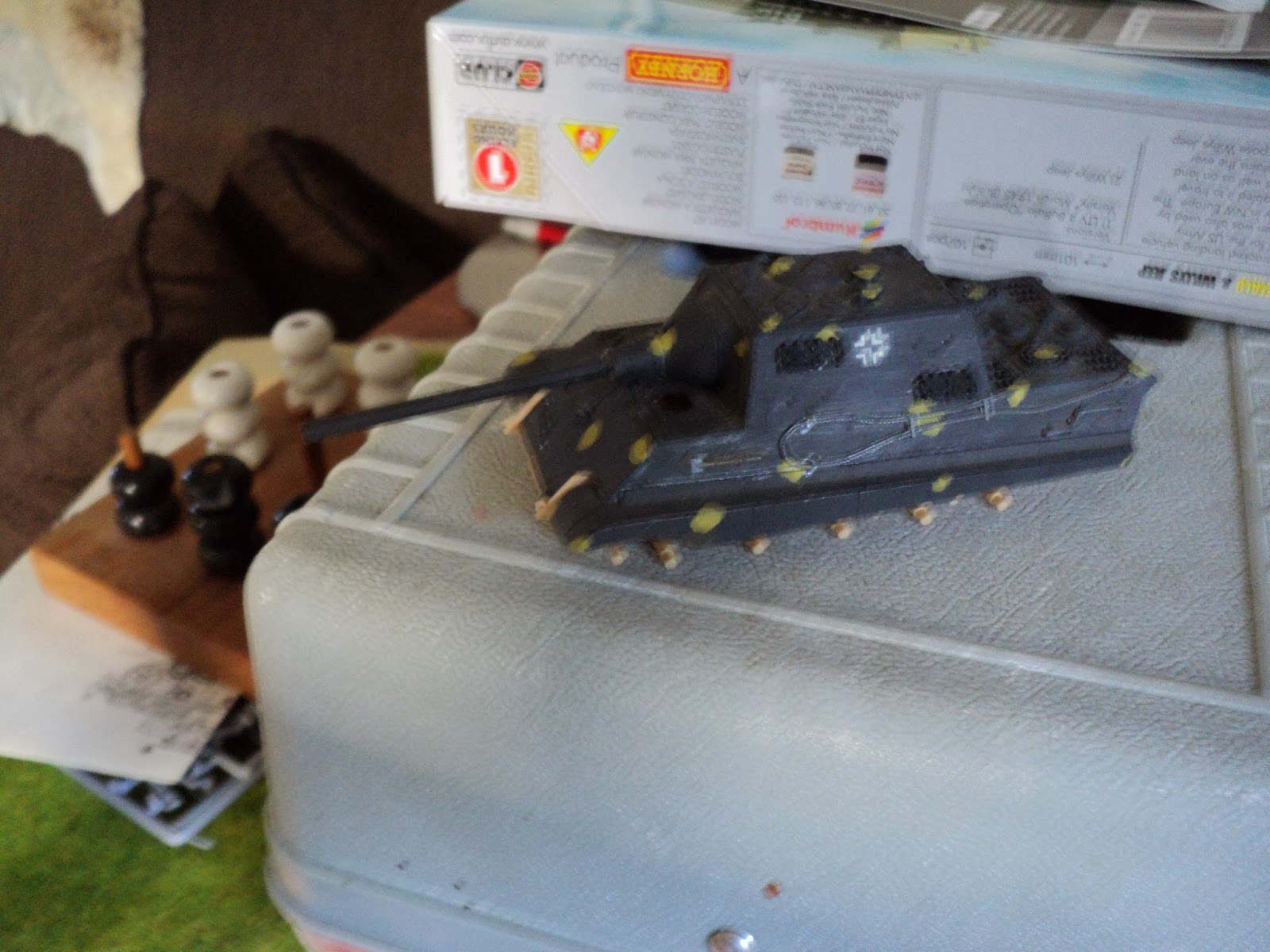 ... A rather broken down Jagdtiger.  A hunt for running gear yielded most of what would be required... 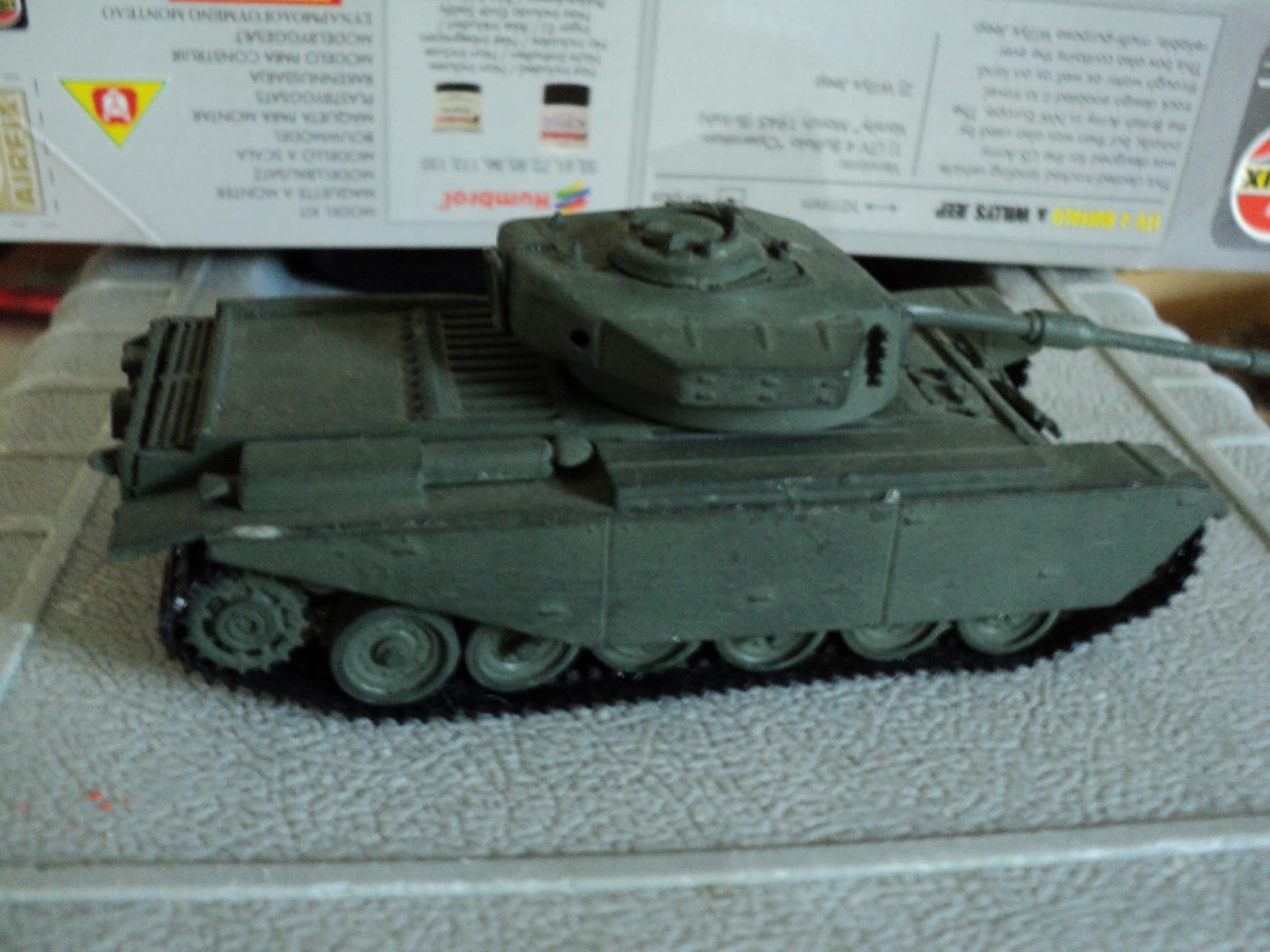 ... and a rather orphaned Centurion Tank which will be the basis for a 2nd Armoured Squadron in the service of Tchagai (Brian's Harad project).


Oh, yes: what was the second small task Brian commissioned me to perform?  Here it is... 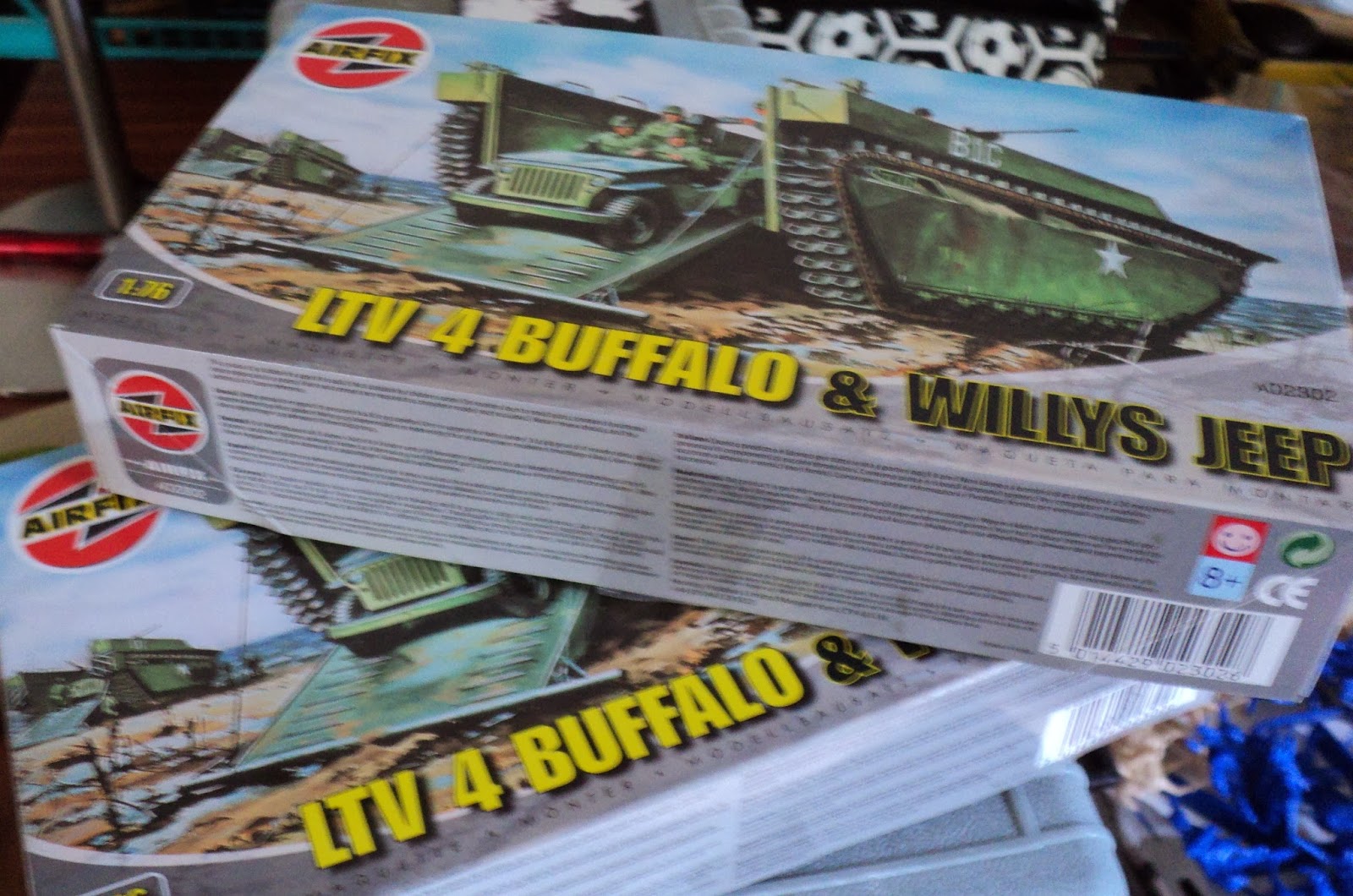 ...two Buffalo landing vehicles.  And I get to keep the jeeps!  I think Brian has been very generous...

Post Scriptum:
Since posting this, I have bethought myself of changing the rigging for the second vessel into that of a poleacre.  Something like this picture:  What do you reckon?  The hull piercings in the model might well be used for guns after all.

Posted by Archduke Piccolo at 2:19 PM