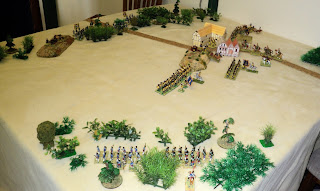 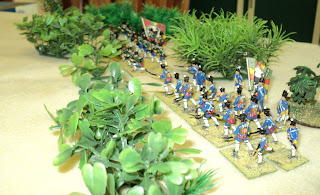 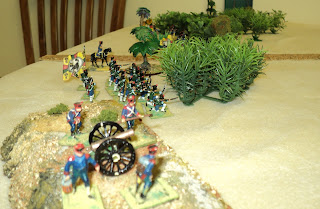 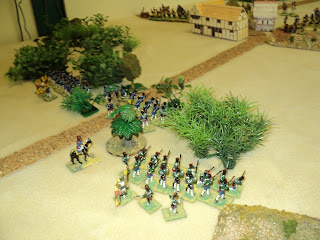 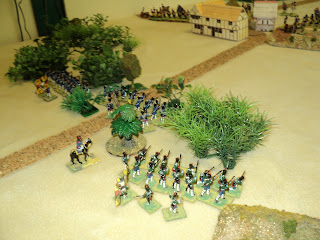 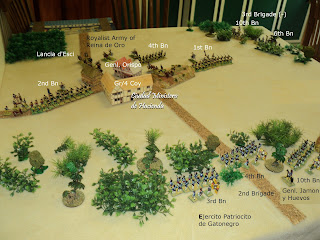 The cannon, gunners and Royalist Infantry are Airfix French all from the artillery set, except the grenadiers which are AWI British Grenadiers.  The Lancers are ESCI (you guessed that, didn't you?), and the Patriot foot are I think Revell.
Posted by Archduke Piccolo at 8:54 PM