Readers will no doubt have been as closely interested as we in events not so distant from this town, west of the border.  The Chinese attempt to recover the lands forfeited in the Campaign of twenty years ago has at last been thwarted and defeated.  Two months' campaigning, over half a dozen combats and battles, vast treasure and resources expended, have all led to this much sought-after outcome. 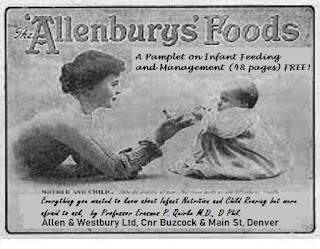 Having run to earth the Chinese invaders, Tenth Army drove the enemy out of his entrenchments, whereat the whole force was disappearing in rout and confusion along the road west. So complete the victory, withal, that the Major-General officer Commanding Tenth Army disdained even to pursue. But this omission may yet come to haunt us.
The campaign's outcome might so easily have been altogether different. The task of confronting the vast Chinese army that sought to reoccupy the former Imperial lands, was placed in the hands of an Army already weakened by the detachment of a whole brigade. The ultimate trust was placed in the hands of a commander whose reliability is such that, were there any unanswered question about it, would be aptly described as 'questionable'.

That Major-General Jackson's frenetic bumbling - four battles within the first week of contact, forsooth! - did not bring his army altogether to ruin can only be called miraculous.  At that, after that week, the Department of Defence had to call upon two weak brigades of Fifth Army to supply the losses of the Tenth. Those brigades, 17th and 19th, themselves badly short of establishment in personnel, were in the event to be decimated in a single battle, and one of its commanders killed in action. 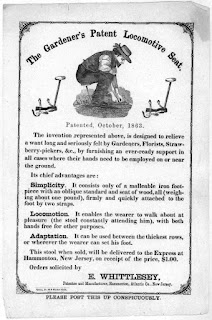 The Battle of the Camp Supply - deliberately brought on by General Jackson, mark you - might then and then and there have terminated the whole war in China's favour. Where then would we have been? The Forbidden Lands reoccupied, repopulated, and brought into production. The Chinese Imperium once more upon our borders, and a continual threat to our very existence. To such a hazard did the General place his army and his country.
Still and all, it would be churlish carping not to congratulate Tenth Army, its officers and men, and indeed its commander, for a task satisfactorily completed. That it might have been the more complete had the routed been pursued into complete destruction we are informed was due in part to the exhausted - or near-exhausted - state of the Tenth Army.
By such slender margins was this late war won - barely won, but won nonetheless. We'll take the victory.

So close! So close! In the midst of the ragged remnants of his army trudging the couple of hundred miles westward to reach the present Imperial frontier, T'ai Kun Wu measured the tale of failure. Could he face his Emperor with such a sorry story to tell? Was it indeed so sorry?

On the whole, he was inclined to think the expedition not a complete failure even if it did fall short of its stated objectives. A good many questions had been answered, concerning Union readiness, and especially in terms of the Union Army's technical superiority. If the captured weapons he had sent on arrived safely at the capital, and he was given the opportunity to demonstrate the ascent in firepower the Union had achieved in recent decades, there might be some way to supply China's own armies with weapons that could compete in battle. Perhaps some such demonstration would keep the T'ai Kun's head secure upon his shoulders.

One of the reasons for not arming his own troops with these captured weapons, he would explain, was the want of ammunition in sufficient quantities.  A few dozen bandoliers and cartouche boxes had been gathered up, and he needed what they contained for demonstration and training purposes. Even then the supply was none too abundant. How he wished, too, that he might have taken a working machine gun! The couple of broken examples he had taken were unlikely to be of much benefit to China's military construction industry...

Phlegmatic and stoic as always, T'ai Kun Wu determined that he would see out the unpleasantnesses of the next few weeks with as much fortitude as he could muster. He dismissed with hardly a second thought the notion of cheating fate by ending his life during the retreat. One way or another, even by personal sacrifice, he might still be of service to his Emperor...

The Denver Daily Post offers, in behalf of its subscribers and readers, our wholehearted and unreserved congratulations upon the brilliant campaign that has brought a swift and decisive end to the war to the west. So might end all such acquisitive aggression by the frantic autocrat and dastardly despot. 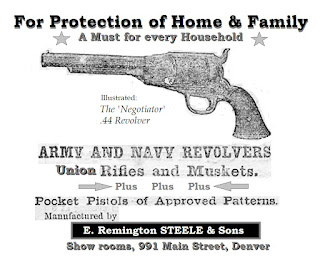 In the space of less than two months, Tenth Army, under the able command of the redoubtable Major-General Thos. J. Jackson Jr, has compassed the reconquest of the Forbidden Lands, and driven in complete rout the vast army the Emperor of China set in motion to reclaim them.  The outcome of this war has shown Tenth Army to be to the Union as Julius Caesar's X Legion was to Rome: a veteran elite.  The Army's brilliant commander was ably seconded by a luminous constellation of One-Star generals, foremost of whom, Brig-Genl. Isaac Bidwell, we are confident is likely soon to receive his second star. Thirty-ninth Brigade may be deemed unlucky to have lost no fewer than three commanding officers in the course of the fighting.
It is true that the success of our arms has been bought at a very high cost. Whatever the damage inflicted upon the enemy, the latest battle reduced the army - already much diminished - by a further 1000 men. Taken overall, barely half the fighting men that crossed our Western border in July are like to return in the coming weeks. After such hard campaigning, the survivors will amply have earned their repose, as they have our congratulations and gratitude.
Advertisement:
______________________________________________________________________________________________________

Every article to be sold!!