Retreat from Smolensk - Action at Malenkovo

On the same day that Prince Eugene was being driven by a jubilant Austrian army from the area around Zonkovo, some miles to the east a detached force commanded by Marshal Davout was battling against a superior force of Russians. A Division of I Corps was stationed at a town called Ovritch close by the west bank of the river Slinsky. About a mile to the east of  the river, and on a parallel course, flowed a small stream Malinski, itself a quarter mile east of the village of Malenkovo. The French had installed in this place a small garrison of an infantry regiment, with a light cavalry regiment keeping watch and ward over the road east across the stream. In and around Ovritch, lay 2nd Division of I Corps, and further west still the main body of I Corps.

As stated in the previous posting, this action was an upscaled version of the #20 scenario, 'Taking the Initiative', from S. Asquith & C.S. Grant Scenarios for All Ages. This scenario I upscaled.  It still features a build-up from a clash of outposts to a regular battle.

(Note: The observant reader referring back through the above link will observe certain narrative inconsistencies.  As it would take too long to correct them, put it down to the usual histriographical inconsistencies and errors that crop up from time to time...) 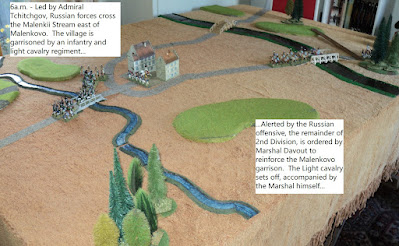 The Forces engaged were:

The action begins with a dragoon and two infantry regiments leading the Russian advance across the Malinski stream to attack the village.  The narrative will be taken up with the pictures.  I recommend using the slide show to follow the story. 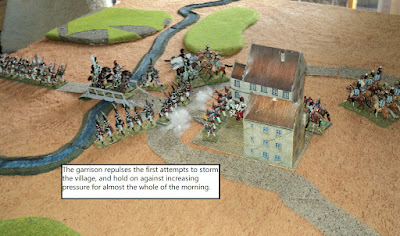 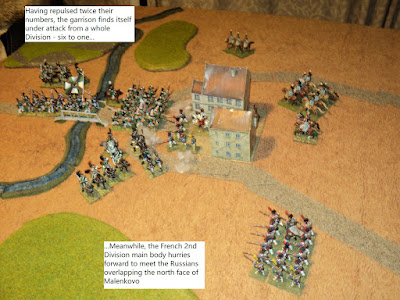 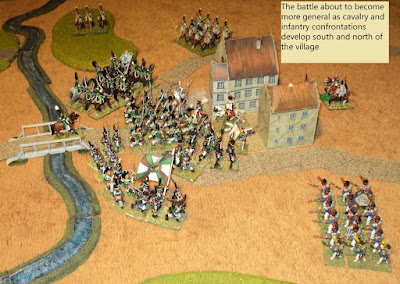 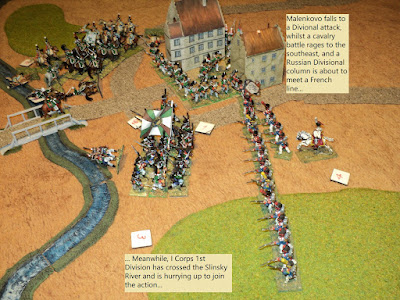 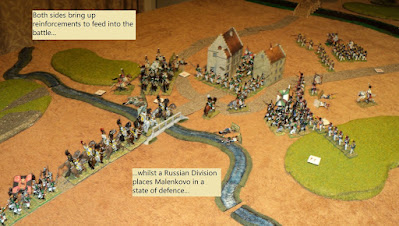 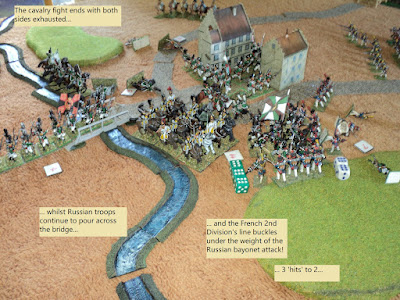 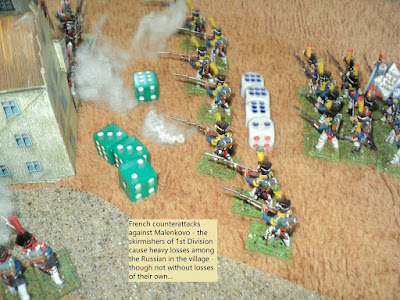 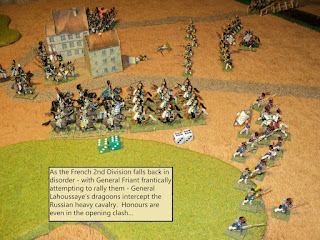 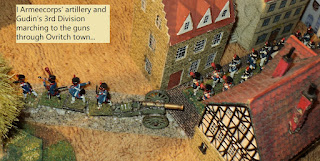 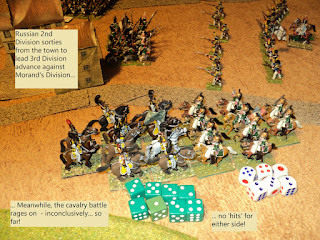 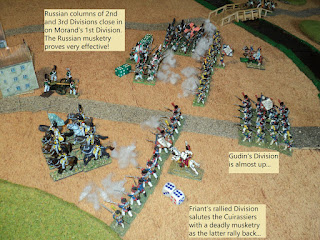 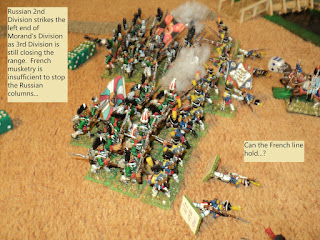 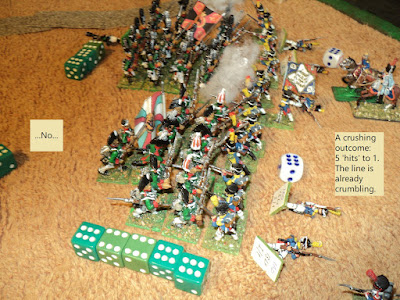 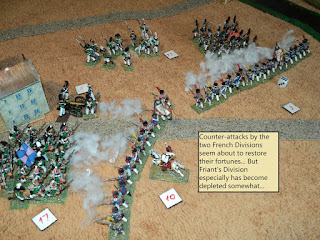 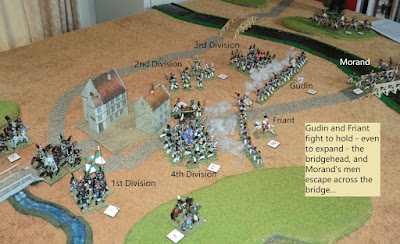 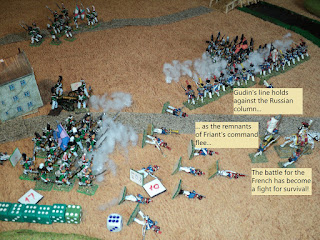 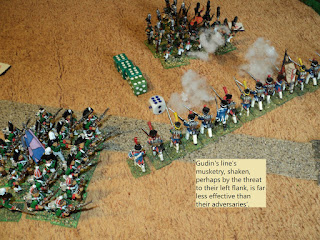 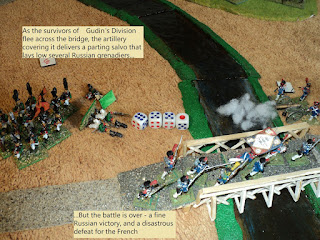 The result of this battle was an undoubted victory for the Russians, and something of a disaster for the French, driven pell-mell from the field with heavy losses.  Retreating to the northwest, Davout managed to link up with Eugene's army as they continued their withdrawal into Poland.

Meanwhile, several tens of miles to the north, The emperor had interrupted his retreat not far west of Mogilev on the Dniepro River, turning to offer defiance to the pursuing Russian Army under General Prince Kutusov himself...

To be concluded...
Posted by Archduke Piccolo at 4:24 PM

Email ThisBlogThis!Share to TwitterShare to FacebookShare to Pinterest
Labels: Napoleonic, Retreat from Smolensk